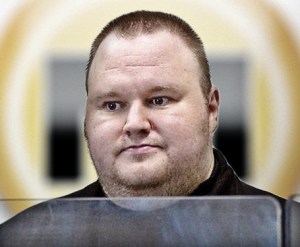 Larger-than-life Megaupload founder Kim Dotcom was denied bail in a New Zealand court on Wednesday morning after his hearing was delayed Monday.

Dotcom (pictured) and several other Megaupload employees were named in a 72-page indictment issued last Thursday by the Department of Justice. The indictment against Megaupload alleges it is connected to a vast criminal enterprise that has caused more than $500 million in harm to copyright owners. If convicted, the company and its executives could serve many years in prison and forfeit $175 million in assets, including 15 Mercedes, a Maserati, a Lamborghini and a Rolls-Royce.

Dotcom has said he is innocent of charges and is not a flight risk because the government has seized his assets and because his wife is pregnant with twins. Dotcom will remain in custody until Feb. 22, when he will face an extadition hearing that could bring him to the United States for trial.

Megaupload lawyer Ira Rothken told VentureBeat this past Friday that the company would “be assembling a worldwide team of top-notch lawyers, intellectual property lawyers and tech lawyers to defend this. There’s a good chance Megaupload will prevail in this case.” Since then however, one of MegaUpload’s high-profile lawyers, Robert Bennett, has withdrawn, citing conflict of interest.