Our homes are expected to get loaded up with internet of things (IoT) devices in the coming years. So Mercku is launching a Wi-Fi router and accessories to be able to handle the connectivity for dozens of these devices.

The Waterloo, Canada-based company sees more households installing voice assistants, smart thermostats, and other devices aimed at making our lives simpler. But together they can cause an internet logjam. The M2 Wi-Fi router and M2 Hive Wi-Fi system are aimed at giving those devices the speed, control, and range they need across the whole home.

The company has begun selling its products on Indiegogo.

“Too many households try to get by with slow, spotty Wi-Fi. If you try to upgrade, you’re met with routers that are cobbled together to maximize specs rather than actual performance,” said Mercku CEO Alex Qi, in a statement. “From its design to its simplicity to its reliable performance, the M2 Hive offers the best Wi-Fi connectivity you can get. It’s built on superior, patented technology, including our antenna and transceiver, which reduces noise and improves transmission to power the smart home without the lag and dead spots of other systems.”

Each M2 performs 10 percent to 20 percent better than the current best in class models, and twice as fast as the industry average, the company claims. It also supports up to 60 devices.

The device is designed so it doesn’t have to be hidden in a corner, and it’s simple to set up. Mercku said it is plug-and-play, and it covers up to 3,000 square feet of space, depending on the layout. It can also cover more areas of a house through mesh and hive configurations.

For large homes or for consumers with particular needs, coverage can be augemented by adding a few small nodes. The M2 Hive includes an M2 and four Bee nodes, a system that can cover up to 5,000 square feet and goes around walls, offering connection speeds that support 8K streaming throughout a house. Each node is light and portable and plugs into outlets throughout the home to form a strong mesh network and eliminate dead spots. 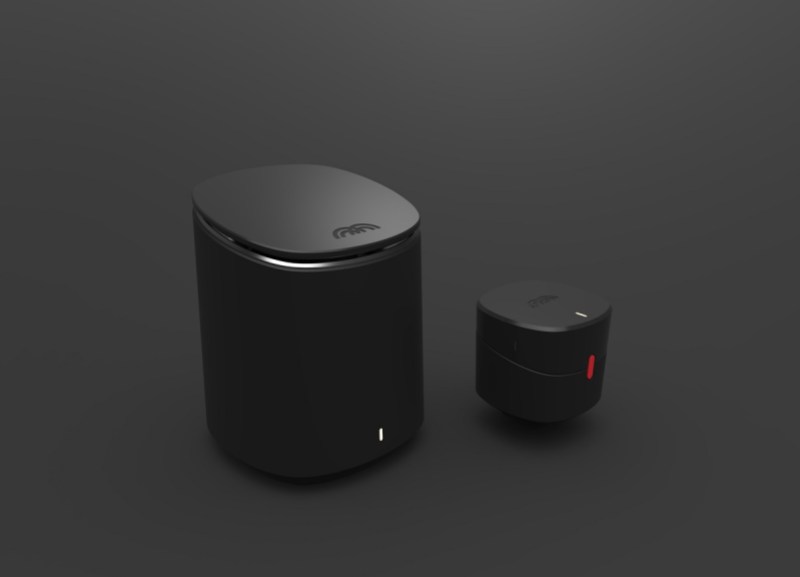 Above: M2 Hive and Bee

Mercku said you can use the app to help pinpoint bottlenecks and manage users. You can limit bandwidth for specific devices, so a child can’t watch streaming TV and movies at night, for example. You can also block devices as needed if one is using too much bandwidth.

The app makes possible parental controls and leverages the super elliptical security algorithm — used by the most secure smartphones and approved by the NSA — for security. Updates are made automatically over the air to keep the M2 up to date in both its features and security.

“We have completely rethought the Wi-Fi router from start to finish and created a complete system from the ground up, engineering the most important components ourselves to ensure they work in harmony to perform better than anything else on the market,” said Qi.

Mercku said it has sold more than 5 million units through telecom providers in Asia.