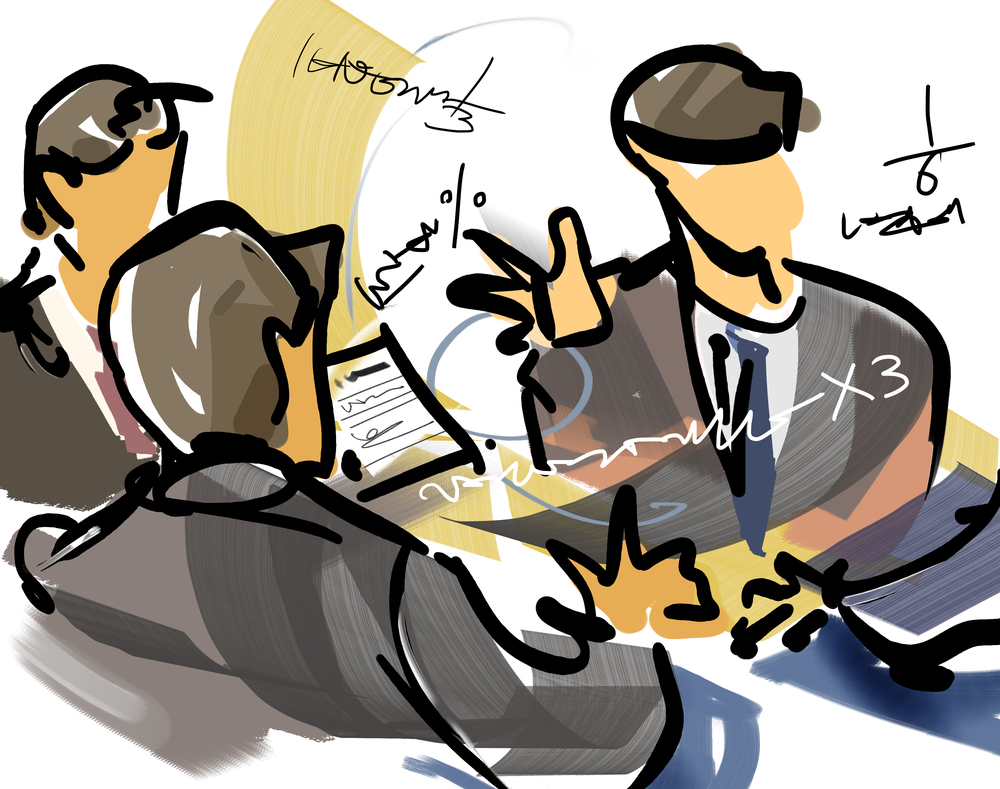 Most entrepreneurs will tell you they’re going big and will accept nothing less than an IPO. But when the reality of running a business sets in, getting acquired is no small feat, itself.

“With the exception of about half a dozen companies, every tech startup is for sale,” said Jim Moore, founder and CEO of J Moore Partners, a firm that specializes in tech M&A.

In Silicon Valley, where startup activity is at an unparalleled high, mergers and acquisitions are the fastest-growing exit for venture-backed companies. According to a recent study by Ernst and Young, the volume of M&A in the technology space surged 41 percent in 2011, reaching levels not seen since the dot-com boom.

“When you think about your startup’s strategy, you’d be stupid not to leave the door open to M&A,” said Leonard Chung, CEO of Syncplicity, an online data-management provider acquired by EMC in May. Chung advises entrepreneurs to maintain a low profile when it comes to shopping for a potential buyer without denying their true goal altogether.

“In Silicon Valley, everyone knows what everyone else is doing,” he said in a phone interview with VentureBeat. “Secrets don’t stay secrets for long.”

M&A is an outcome every founder will need to consider. But entrepreneurs may encounter unexpected administrative costs, potential horror stories, and plenty of speed bumps in the process of getting acquired. All told, the process is about as glamorous as putting your house on the market: It involves a thorough spring clean, a litany of experts to appraise the property, and mountains of paperwork. It’s often a painful and emotional process, and negotiations falling through at the last minute is a very real risk.

Related: Even if you’re an expert, it can’t hurt to brush up on the basics. Read VentureBeat’s idiot’s guide to the venture capital game and angel investment ecosystem.

VentureBeat: What are the different flavors of M&A?

Jim Moore: There’s the asset purchase and the equity purchase. The former involves buying all the intellectual property but not the equity (you leave the liabilities and customers and everything else), and the latter means buyers will take company stock and the liabilities. In Silicon Valley, a good number of these are asset purchases. The IP is attractive so they just want to buy that. In terms of mergers, we often see some of these companies jammed together by the VCs. It’s a cosy relationship between portfolio companies; one is struggling and might need a little extra horsepower.

VB: Why do founders sell? Why not just raise another round?

JM: The startup doesn’t want to get to the next level. To get from A to B, they might need to hire a huge sales and marketing infrastructure, or a global distribution channel. At this point, they need to consider, “Do I want to raise more capital, or do I want a quick exit?”

VB: What are your thoughts on “acqui-hiring?”

JM: I like to call this “the M&A of last resort.” There’s a ton of it going on too, especially with the companies that don’t have strong IP. The acquirer will look at it and say, “We’ll cherry pick the employees and give you a fair price, a decent salary, and a little bit on exit.”

VB: People-focused acquisitions seem problematic. Do the founders typically stick around for long?

JM: Often, they get into these large companies and feel like caged animals. Sometimes, they are locked in for a year or so if there’s an earn-out. If there’s a wide gap between what the seller wants and what the buyer is willing to sell for, a deal is struck where the founder will get a percentage of the operating earnings once a certain threshold is hit, like $100 million in annual revenues.

Leonard Chung: After we got acquired, it was no exaggeration to say that we were sitting in front of CIOs at Fortune 500 companies. Literally, we were sent on a roadshow. I never could have done that as an independent entity. That is super exciting and a reason to stay. But at the end of the day, we worry about going into a large company and being swallowed up into the mother ship.

“You will get approached if you’re hot. Can you get several of the interested parties to bid against each other?”

VB: With all these experts on board, M&A seems like an expensive process.

LC: Top-flight specialists are not cheap. They are typically looking for fractions of a deal size. It’s not uncommon that $50,000 or $100,000 will be spent on legal fees alone. Scale that up to an M&A transaction or an IPO, it could be millions of dollars in fees.

JM: Well, it depends. There’s sell-side M&A, which is paid for by the seller. About 90 percent of our work is sell-side, and we are compensated on a success-fee basis. We only ask for a small retainer to keep the lights on. On the buy side, we try to put together a disciplined competitive process where we position the company to be attractive to several different parties. The way we articulate that attractiveness will be different to Oracle than it would be to Microsoft.

VB: How does the process work once you’ve established interest from potential acquirers?

JM: It’s a closed bid. If there’s enough interest, we set milestones. You have to give us an indication of interest before we give you access. We set a value range so we can determine if we’re in the same ballpark. We give potential buyers about two weeks to submit a firm bid. Everyone knows they have to put their best foot forward. Unlike a private placement or an IPO, where we’d have a number printed on the cover of any report, we price according to demand. Let’s say there are one or two parties; we get them to put bids in. We select one of the bidders, and it triggers the “no shop,” meaning that the founders can’t have conversations with anyone else for two months.

JM: The buyer does due diligence. They confirm everything that they’ve been told is true. They will typically interview with key employees and ask what’s good and what’s bad? You can start to do a little trend analysis over time to figure out the company’s culture. If there’s something that isn’t totally kosher, you can still pull the plug.

VB: When it comes to tech startups, who are the potential buyers?

JM: There is more cash on the books for acquisitions in corporate America. Large companies are under pressure to deploy cash from Wall Street. The other party doing M&A is private equity. Ten years ago, they wouldn’t look twice at software companies. We convinced them to look at how predictable the cash-flow stream had become. Sybase and some of the more legacy players were quite sticky. Over time, they realized the ability to grow a software company could lead to tremendous leverage. If you can keep the operating expenses steady, you can drive profitability. What these private equity guys did [was] bring in some C-level talent and new strategies to drive the cash flow up.

VB: What drives up the value of a startup?

JM: You will get approached if you’re hot. Sometimes it’s about the people, especially if they have domain expertise. Salesforce bought Chicago-based Model Metrics because they needed a Midwest office. But if there’s a moat around the castle when it comes to IP, you can drive a much higher valuation. That happens a lot when it’s early stage and there’s a bunch of smart guys who don’t know how to sell. Cisco and some of the other large players will pay enormous amounts for companies that make little or no revenue. The final factor is market presence; if a company has thousands of customers, there might be an opportunity to cross-sell.

LC: If there are multiple bidders, align with people that can provide you with brand name recognition, and an ability to scale.

See more on M&A, including the benefits of private equity and the most common horror stories, on the next page.