Cloud communications company MessageBird has acquired Pusher in a deal worth $35 million. Pusher enables developers to integrate real-time functionalities into their software, including push notifications and in-app messaging.

As more companies transition to the cloud to boost their digital operations in 2020 and beyond, demand for APIs will continue to grow. In the past seven months alone, API development platform Postman raised $150 million at a $2 billion valuation, API marketplace RapidAPI secured $25 million, and Skyflow locked down $17.5 million to bring its data privacy API to more businesses.

MessageBird’s acquisition comes two months after it announced a fresh $200 million in funding, valuing the Netherlands-based company at $3 billion, and bolsters its platform ahead of a planned IPO in 2021.

Founded out of Amsterdam in 2011, MessageBird was entirely bootstrapped (and profitable) before its first significant round of funding in 2017. It has amassed an impressive roster of customers including Facebook, Uber, and SAP for a Twilio-like platform that enables app makers to add WhatsApp messaging, voice, SMS, and email functionality to their products through APIs. And earlier this year, MessageBird expanded its horizons when it launched Inbox, a cross-channel contact center platform which it touts as the “Slack for external communications.”

With Pusher under its wing, MessageBird gains instant access to a slew of APIs and SDKs which it will integrate under the new MessageBird Pusher brand. That will allow the company to offer enterprises and developers in-app messaging features, location-tracking tools, and push notifications. So if an ecommerce company wants to allow delivery drivers to message customers, customers to see the live location of their delivery driver, and alert the customer when the delivery driver is nearby, MessageBird can help. 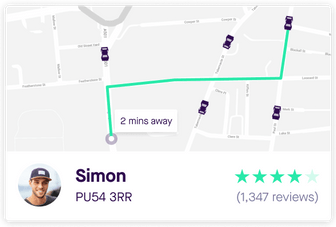 MessageBird said it was already working on similar features internally before it elected to procure Pusher. “We were still early in the development process, and the Pusher platform and team have allowed us to drastically speed things up,” CEO Robert Vis told VentureBeat, adding that the new features will enable “more omnichannel use cases” for its customers. In other words, companies need to address all the ways that customers expect to be supported in 2020, be that through real-time two-way chats, or information relayed proactively such as through location-tracking or push notifications. 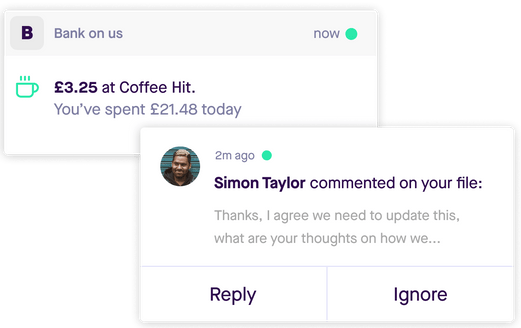 Expanding its coverage to more developer use cases makes a great deal of sense for MessageBird, particularly as it has an existing roster of big-name customers it can cross-sell and upsell to — it has a captive audience. Moreover, at a time when countless companies are scrambling to support the huge global shift to digital driven by the global pandemic, it makes more sense than ever for MessageBird to strike while the iron is hot.

“COVID-19 and the situation the world finds itself in has certainly had an impact [on its product roadmap], but more importantly our customers are seeing the value of offering their customers an omnichannel experience more than ever before,” Vis said. “We’ve seen more demand for features across the board, and the functionality that Pusher brings to our platform is no exception.”

API-based platforms such as MessageBird and Pusher allow businesses to build functionalities into their apps without having to develop the infrastructure themselves, enabling companies such as Uber to offer two-way communication features directly inside their apps. This type of technology is crucial for businesses today, as customers’ expectations have evolved from relying on telephone communications to using WhatsApp, web chat, or whatever communication conduit makes most sense.

The so-called “API economy” was already a burgeoning trend in the technology sphere, as companies transitioned their software from tightly woven, monolithic entities to applications built on microservices. Uber is a good example of this: It kicked off a massive rewrite back in 2015 and moved to service-oriented architecture (SOA), to “break up the monolith into multiple codebases,” as Uber noted at the time.

Founded out of London in 2010, Pusher had raised around $20 million in funding since its inception and already has some high-profile clients such as GitHub, DoorDash, and MailChimp. The company said despite being ingested by MessageBird, it will continue as a standalone product and vowed to support all its existing customers.

As for MessageBird, well, an IPO remains firmly on the agenda, though the company has yet to set a firm date yet.

“We’re still planning on 2021, and acquisitions like today’s are supporting us on that journey,” Vis said.