The Kano PC, as the device will be known, follows on a similar trajectory to previous Kano kits, including the $280 touchscreen-enabled Computer Kit Touch it launched last year and the $150 Computer Kit that connects with any television screen. But this latest incarnation has some key differences.

The Kano PC doesn’t run the Kano OS operating system — it runs Windows 10 S, the education edition of Windows 10 that’s limited to running Windows Store apps. And in terms of form factor, it is a little like Microsoft’s own Surface lineup, as it sports a little 11.6” touch-enabled display that slots into a separate keyboard. 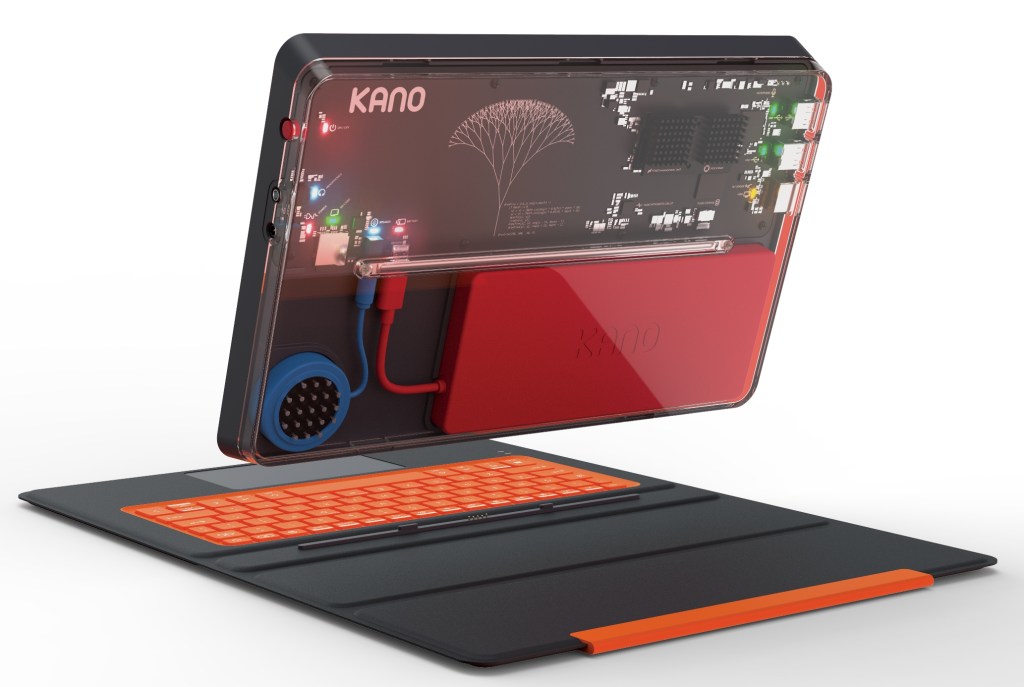 It’s worth noting here though that this is no DIY Surface — the Kano PC only ships with an Intel Atom x5-Z8350 1.44 GHZ processor, which is reflected in its $299.99 price tag. Others specs worth noting include: 4GB of RAM, 64GB of storage, 2 USB ports, 1 HDMI port, a 3.5mm headphone jack, and a microphone.

As with all Kano kits, which include non-screened devices such as the quirky Harry Potter coding wand, the core raison d’être of the Kano PC isn’t just to teach the basics of circuit boards and PC components — but it is a big part. The box comes with instructions — compiled in a “storybook” format — outlining how the user (likely a child) should connect all the various parts together. It’s worth noting here that because it’s modular, the various parts can be replaced. Above: Kano PC: Putting it together

Once it’s assembled, the user will be able to use Kano’s usual array of creative coding tools and software, including what’s available through the Kano World community, inviting you to hack Minecraft or design your own game based on Pong — completely from scratch.

To kick things off, there is an all-new app bundled called How Computers Work, which guides the user through various coding processes, such as making emojis with binary code, networking, and tinkering with the processor and memory. 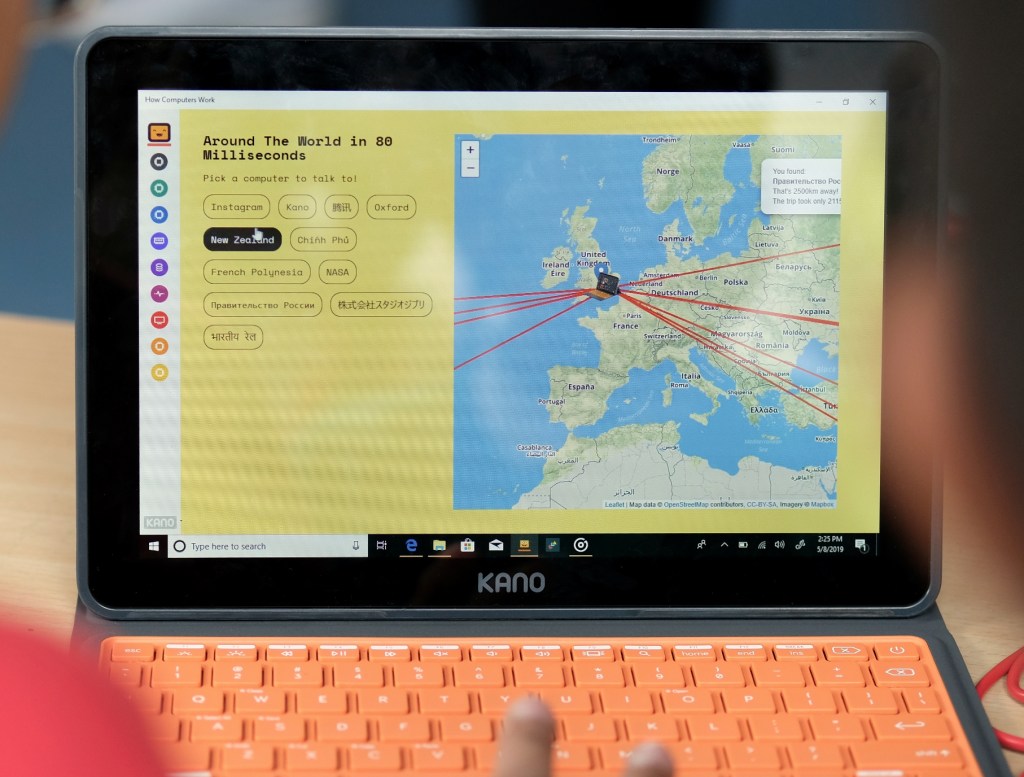 Moreover, given Microsoft’s involvement here, Paint 3D is included to encourage people to create 3D models, while Microsoft Teams is also bundled as a means of sharing work with other users. 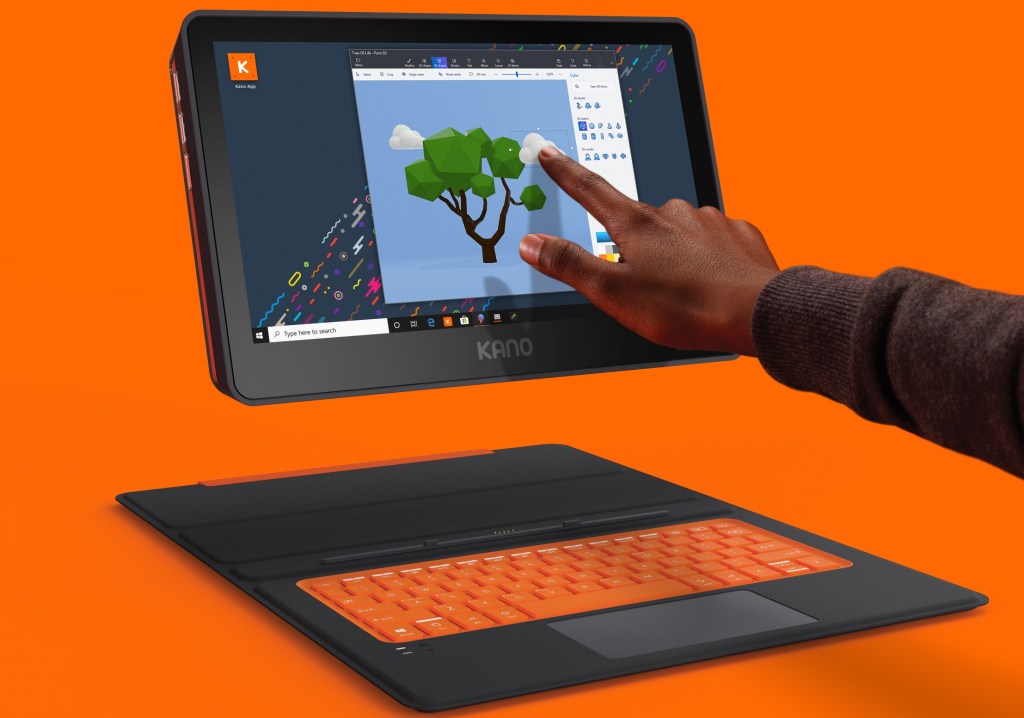 Founded out of London in 2013, Kano is one of a number of DIY computer kit makers, with others in the space including San Francisco-based Piper and another London-based company called Pi-top. Kano has raised around $45 million from big-name backers including Index Ventures, Salesforce founder Marc Benioff, and Barclays.

Kano’s kits have historically been based on Raspberry Pi, which has in fact supported a special IoT version of Windows 10 for a few years already. And some people have conjured up hacks to make Raspberry Pi run the standard Windows 10. But the Kano PC bypasses Raspberry Pi to officially support Windows 10, albeit the education edition, and this a notable evolution not only for Kano’s product, but the broader “maker” ecosystem.

“We should all have a guide, the opportunity to make a computer, to customize it, and take control of the technology that makes up our society,” noted Kano cofounder and CEO Alex Klein. “We are thrilled to share this vision with Microsoft and co-create a learning, making, and playing experience with the power of Windows and the creativity of Kano.”

Microsoft has also been making bigger plays for the education sphere, having launched Teams for Education back in 2017, while it also introduced an Education version of Minecraft — this will ship for free with the Kano PC. By partnering with Kano, Microsoft gains an easier inroad into schools, as the Kano PC will also offer the full suite of Office applications via the Microsoft Store.

“We align with Kano’s goal of making classroom experiences more inclusive for teachers and students, empowering them to build the future, not just imagine it,” said Anthony Salcito, VP of education at Microsoft.