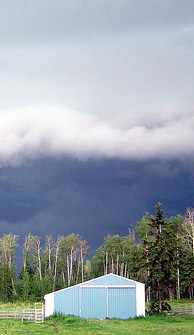 Microsoft’s 3-week ultimatum for Yahoo to start negotiating to accept its takeover offer or face hostile action came and went on Saturday with nary a whimper. However, don’t think the silence means Microsoft was just bluffing. This is likely the communication-jamming time before an imminent attack.

Microsoft is expected to announce its next move this week, possibly as soon as today, according to The Wall Street Journal. While all options are thought to remain on the table — Microsoft nominating its own Yahoo board of directors, Microsoft taking its offer directly to Yahoo shareholders and Microsoft pulling its offer — many think Microsoft nominating its own board will be the eventual play. TechCrunch believes it has uncovered 8 of the 12 potential board members Microsoft would nominate already.

At the very least, the board replacement maneuver will buy both Microsoft and Yahoo more time to evaluate the options. A vote on the new board would not take place until Yahoo’s shareholder meeting, and that is likely not going to take place until the last possible date allowed under Delaware law (where Yahoo is incorporated), in July. It’s possible that Yahoo could even further drag things out until the fall with some lawsuits that would delay the board meeting. Netscape and Ning co-founder, Marc Andreessen, had a very detailed post about laying out such scenarios this weekend.

If Microsoft were to walk away from the deal entirely it’s likely that Yahoo’s stock would plummet, perhaps even below the $19.18 it was at when Microsoft initially made its offer (Yahoo’s stock is currently hovering around $27.50-a-share). This worry was clearly the main ammunition in Microsoft’s threat that it would walk away, but it appears, for now, that Yahoo called that bluff.