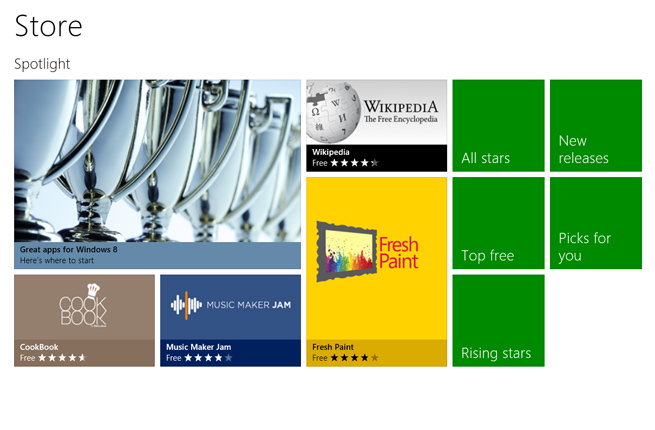 As if the drama surrounding Microsoft’s abandonment of its Metro branding wasn’t silly enough, now it seems Microsoft is taking to task developers who are using ‘Metro’ in their app titles.

First noticed by the folks at MarkedUp, the new requirement makes it clear that Microsoft wants to distance itself even further from the Metro name, potentially trampling the little goodwill it’s earned so far. Microsoft is believed to have abandoned the Metro branding to avoid a costly trademark dispute with its German partner Metro AG.

We’re hearing that the guidelines to avoid Metro names has been in place since the Windows 8 Release Preview launched in May. Still, that does nothing to answer the more troubling questions these guidelines bring up. We’re still waiting for further details on the matter from Microsoft.

At first glance, it seems like popular apps such as MetroTwit could be in for a world of hurt. And the restriction could cause trouble for other apps that legitimately need to use the word “Metro.” We also expect this requirement to affect Windows Phone apps.

Microsoft still hasn’t fully explained its reasoning for moving away from Metro, and so far, its response to this entire situation has been baffling. Microsoft argued that the Metro name was never really meant for a shipping product, and it still hasn’t given us a legitimate alternative to the Metro branding. We heard last week that it could be either “Windows 8 style” to replace “Metro style,” or “Modern UI.” At this point, we’d just like some clarity already.

Since Microsoft is already confusing developers with its shaky branding, it can’t afford to be so heavy-handed with app requirements so early in the life of the Windows Store.

Update: Microsoft updated the naming guide yesterday to warn not to use trademarked names in app titles. While it’s no longer singling out the use of “Metro,” the fact that “Metro” is also trademarked could be an issue down the line.