Microsoft has become the first of the “big three” public cloud providers to open a region in the Middle East.

From today, Microsoft Azure and Office 365 will be available from datacenters located in the United Arab Emirates (UAE) — one in UAE North (Dubai) and one in UAE Central (Abu Dhabi). Microsoft will open up Dynamics 365 and Power Platform from the region later in 2019.

Microsoft first announced plans for Middle East datacenters last March, shortly before Google revealed during a quarterly earnings report that it would be opening a cloud region in Saudi Arabia. Amazon’s cloud unit, AWS, is also readying its first Middle East datacenter, which is expected to open in Bahrain sometime in 2019.

Microsoft still trails Amazon by a considerable distance in the cloud infrastructure sphere, according to Canalys estimates, but it’s growing faster. 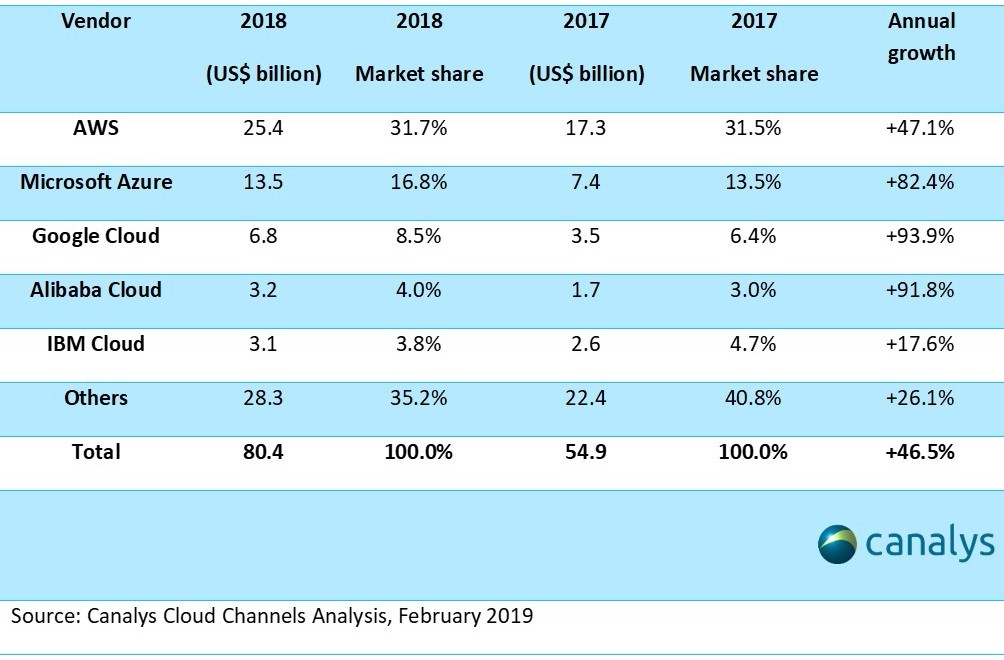 At its last quarterly earnings call, Microsoft reported that its Azure revenue had grown 73% year-on-year.

Microsoft also recently opened its first datacenters in Africa, beating its main rivals in the process — though Amazon is planning to open one there in 2020.

In short, it’s clearer than ever that the big cloud companies are racing to expand their presence and offer local infrastructure — replete with lower latency, faster data transfers, and data sovereignty — in a bid to attract more customers globally.

“By delivering the complete, intelligent Microsoft Cloud — comprising Azure, Office 365, and Dynamics 365 — from datacenters in a given geography, we offer scalable, available, and resilient cloud services for companies and organizations while helping them meet their data residency, security, and compliance needs,” the company wrote in a blog post.