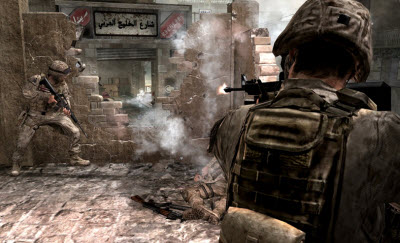 Microsoft has dropped what it fondly calls the “banhammer” on a bunch of Xbox 360 gamers by banning them from playing multiplayer games on the Xbox Live online gaming service.

The banning affected thousands of players with “modded” game consoles, according to published reports. Those are players who modified their machines in a way that allows them to to play pirated games. Some reports suggest anywhere from 600,000 to a million modders have been banned, but that sounds pretty high.

In a statement, Microsoft said, “While we don’t comment on specific numbers, Microsoft’s commitment to combat piracy and to support safer and more secure game play for the more than 20 million members of the Xbox Live community remains a top priority. All consumers should know that piracy is illegal and modifying their Xbox 360 console violates the Xbox Live terms of use, will void their warranty and result in a ban from Xbox Live. We can assure you that if an Xbox Live member follows the Xbox Live terms of use, purchased a retail copy of Modern Warfare 2 and played the game on an unmodified Xbox 360, no action will be taken.”

Modding has a long history. While Microsoft tried to put security controls into the original Xbox, launched in 2001, it took a matter of days for a hacker, MIT doctoral student Andrew “Bunny” Huang, to reverse engineer the system and circumvent the security controls. Microsoft was prepared at that time to argue that the act was not only a violation of its terms of service, but also a violation of anti-piracy provisions of the Digital Millennium Copyright Act of 1998. Microsoft didn’t prosecute Huang, however, since he was doing it out of academic interest.

Still he opened the door for other hackers, some of whom created a cottage industry by modding. They took out the security chip, substituted another, and enabled the machines to play pirated or unauthorized software. Microsoft banned players with modded machines on Xbox Live, knocking out maybe 1 percent of the original Xbox online community at the time. But hackers cracked the Xbox 360 again after it launched in 2005.

It isn’t clear how many of the 20-million Xbox Live account users have been banned. But clearly Microsoft hasn’t been able to stop modding altogether with its revised security systems. As Microsoft’s own statement suggests, the banning is likely in preparation for a surge of Xbox Live usage as a result of Modern Warfare 2 sales which began on Tuesday.