Microsoft today launched its OneNote-to-Evernote tool for Mac. You can download the OneNote Importer for Mac now from OneNote.com. Once your notes have been imported, you can access them in OneNote on your computer, phone, and the web.

Microsoft first launched the tool that lets Evernote users bring their content to its own note-taking app for Windows back in March. At the time, the company promised that a Mac version would follow “in the coming months” — and now it’s here.

Over the past five months, Windows users have brought 71 million pages from Evernote to OneNote. Microsoft declined to share how many users it took to import those 71 million pages, suggesting the company doesn’t want the number being scrutinized.

Microsoft released OneNote for Mac for free in March 2014 and then made the Windows version completely free in February 2015. The number of OneNote users has been growing steadily as a direct result of these moves as well as regular updates to all the OneNote apps. This year, the company is increasing the heat on Evernote, the biggest player in the note-taking space.

The importer tool requires a Mac with OS X 10.11+ (El Capitan). 7 or later and Evernote installed. Here it is in action:

As we noted before, Microsoft is targeting Evernote because it smells blood. Evernote saw layoffs last year and has been struggling for a while. 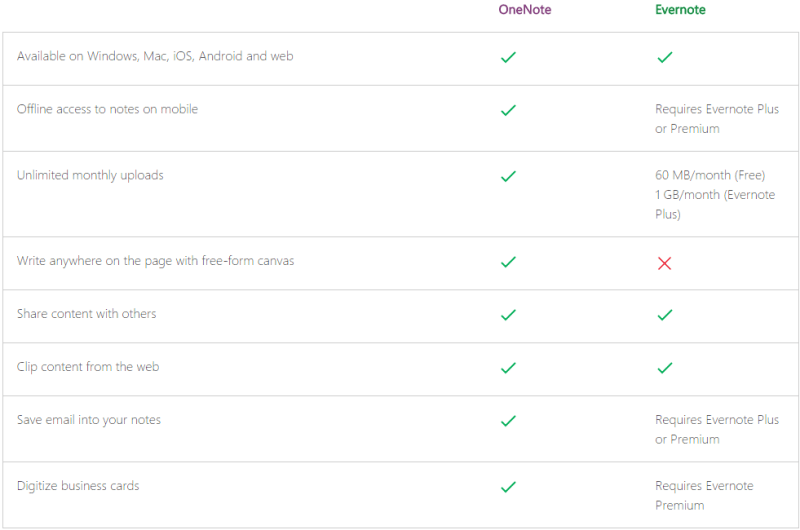 In fact, Microsoft today made a point to call out Evernote’s recent price changes. It’s an easy comparison to make: Evernote’s “Premium offer ($69.99/year) is now the same price as Office 365 Personal ($69.99/year).” One comprises of just a note-taking app and the other includes multiple Office apps.