Six months after launching its Bing search engine, Microsoft has finally added in a lot of the powerful features that most users expected back in June. An expansive upgrade to Bing Maps went live earlier today. In addition, Microsoft has formally announced several other features that have quietly been live for awhile.

The Bing Blog has a long post that walks through the features Microsoft formally announced and demoed at a press conference in San Francisco this morning. (Great trivia from the post: The most common decision people try to make using Bing is what to wear based on the weather.) Here’s a rundown of the major upgrades:

Here are some screen shots of Bing Maps and a typical result card: 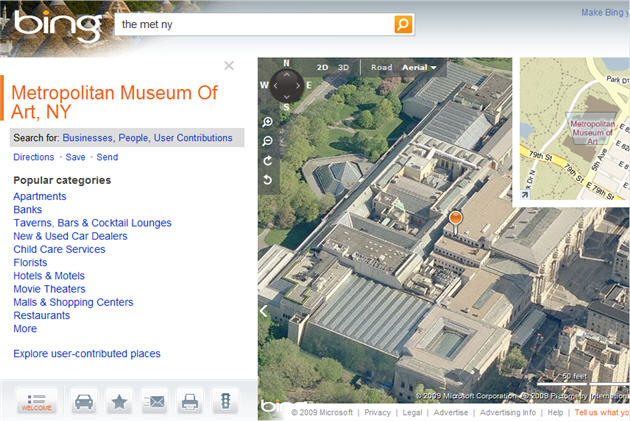