Rumors that Microsoft would sell Windows 10 on USB drives have been circulating for weeks, with the company refusing to comment officially on whether it was finally looking to offer a physical media alternative to DVDs. Today, preorder pages showed up on Amazon: Microsoft Windows 10 Home for $119.99 and Microsoft Windows 10 Pro in English or Spanish for $199.99.

We reached out to Microsoft to see if the company’s stance has changed. Microsoft didn’t specifically comment on the Amazon pages, but it did confirm for the first time what everyone has suspected: You’ll be able to buy Windows 10 on a USB stick and install the new OS without needing a DVD drive.

“Windows 10 will be available on USB drives for purchase in retail channels shortly after launch,” a Microsoft spokesperson told VentureBeat. “The suggested retail prices for Windows 10 in the U.S. are the same as Windows 8.1.” 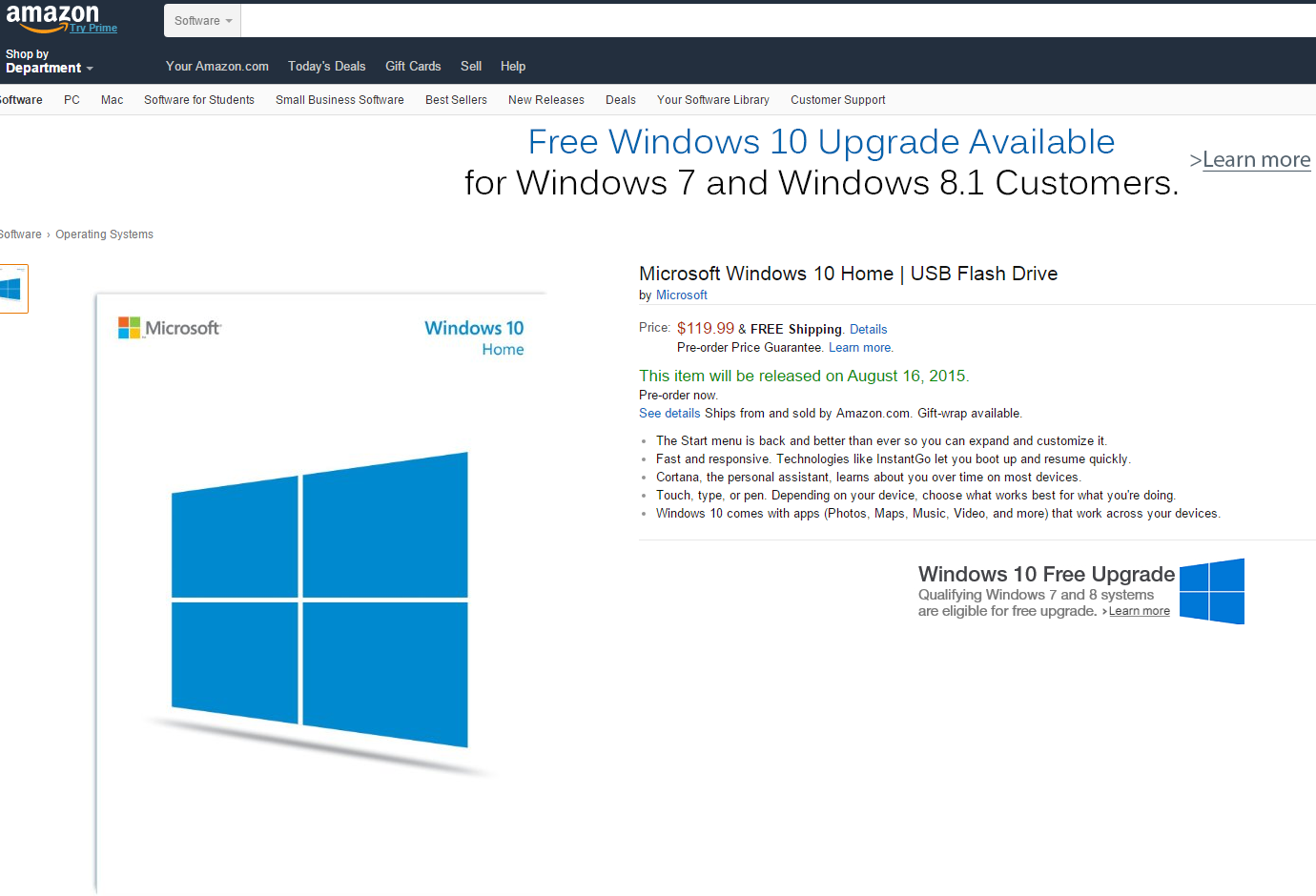 As you can see above, these USB drives have the seller listed as Microsoft. Yet we couldn’t find the same items on the Microsoft Store, Best Buy, or any online other retailer.

Furthermore, why is the shipment date set to August 16, 2015? We know the Windows 10 launch begins on July 29, and that the upgrade will be done in waves, but that doesn’t explain this apparently arbitrary date. It may be unique to Amazon, but it could also be the date for all Windows 10 on USB offerings — after all, Microsoft’s statement says “shortly after launch.” 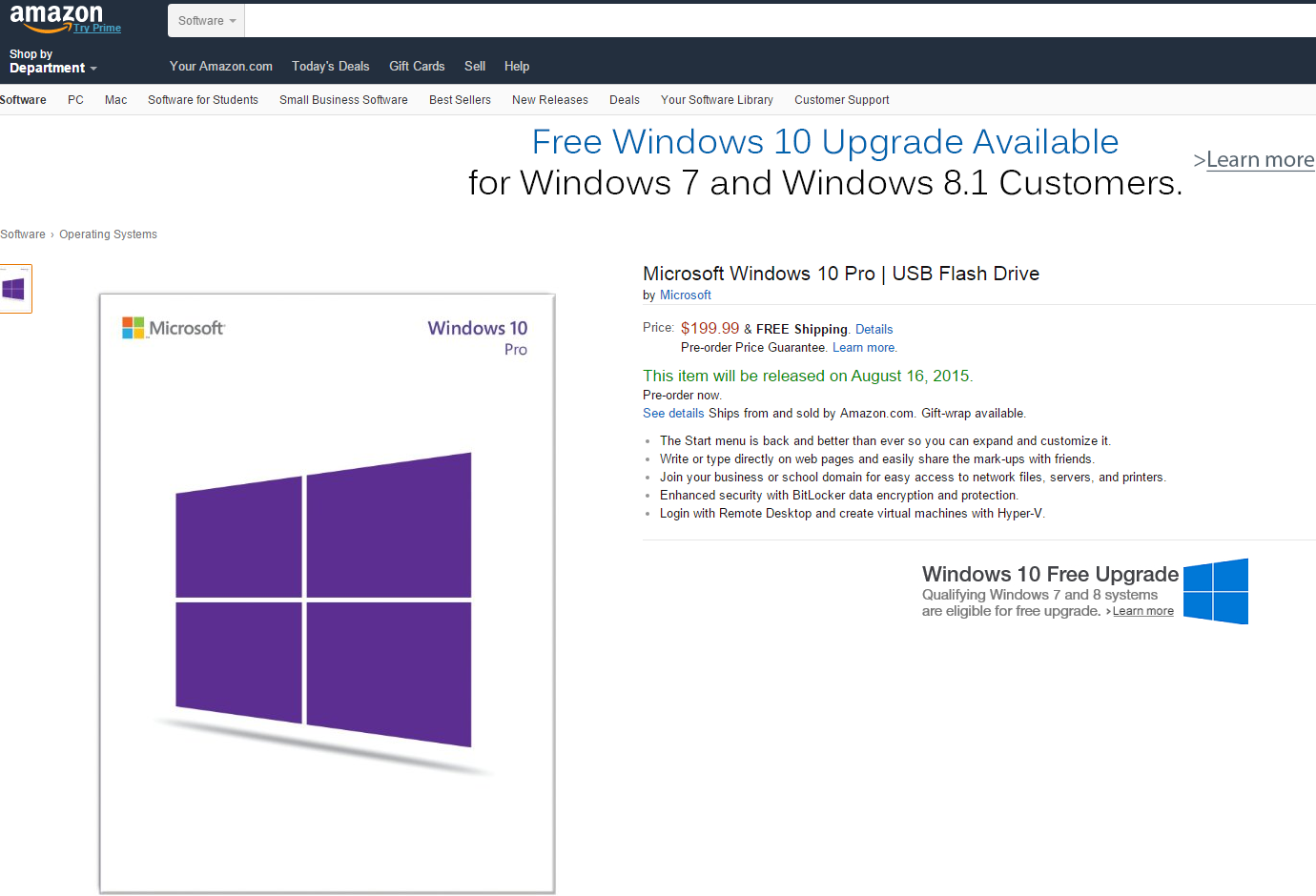 If you want Windows 10 on a USB stick as soon as possible, it looks like you have two options right now. You can preorder from Amazon and hope you’ll get it some two weeks after the launch, or you can wait until the USB drives start appearing elsewhere and hope the shipment date ends up being before August 16.

We have asked Microsoft for more information about all of the above and will update you if we hear back.

Update: Unsurprisingly, these USB drives will be available via other retailers including the Microsoft Store. As for the arbitrary date, let’s just say it will probably change.

Update on July 17: The ship date has jumped to August 30, 2015. We wouldn’t be surprised if it kept moving around, as Amazon shipment dates for preorders often do.