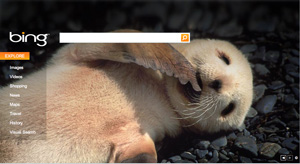 It was a sad day for online deal fanatics today —  Microsoft announced that it would be ending Bing’s cashback feature at the end of July. The company said that it was ending the two-year-old program — which gave users of the Bing search engine discounts for shopping at certain retailers — because it never found wide adoption.

While it’s true that Bing’s cashback feature failed to hit it off with the masses, it became wildly popular among deal-seeking web shoppers who frequented sites like Slickdeals.net. Unfortunately for those shoppers, that same over-enthusiastic adoption of the service likely led to its demise. Deal sites would heavily promote deals that used Bing cashback, and many shoppers figured out loopholes to receive cashback from purchases at eBay, B&H, and other online stores.

It was clear that Bing cashback would never last after deal hunters caught wind of its potential. When the cashback feature was announced, it was promoted as an innovative way to drive sales to retailers. Instead, the deal hunters’ abuse of the feature led to sales that were going to be made anyway, according to consultant Ben Metcalfe. There was little payoff for Bing as well — the deal seekers didn’t migrate to the search engine, and they didn’t use Bing’s shopping section for purchases without the cashback offer.

For the few that took advantage of Bing cashback, Microsoft won’t be leaving them high and dry. Users will have a year to claim their cashback funds, and Microsoft will also make customer support available for a year as well.

Microsoft also mentioned that it’s currently thinking of other ways to offer deals through Bing. We can expect to hear about those new initiatives later this summer.