At its Windows 10 event in New York City today, Microsoft announced its first desktop PC: Surface Studio. The all-in-one computer has a 28-inch display with 13.5 million pixels (192 PPI), but the biggest unique feature is the “zero-gravity” hinge that lets you place the device at any angle you want, including completely flat on your desk. You can preorder the Surface Studio today starting at $2,999 — the PCs will start shipping on December 12, 2016.

Panos Panay, head of engineering for all of Microsoft’s devices, explained that this computer has “the world’s thinnest LCD monitor ever built” for a desktop. It’s 12.5mm thick (or thin, if you like PR spin). The resolution is 4500×3000, so yes the aspect ratio is 3:2. You can switch on the fly between different color modes, DCI-P3 and sRGB. Panay was also very proud of the fact the computer features True Scale, or as he put it, “one inch on the display is one inch in real life.” Put another way, two 8.5×11 pages can fit on the screen. 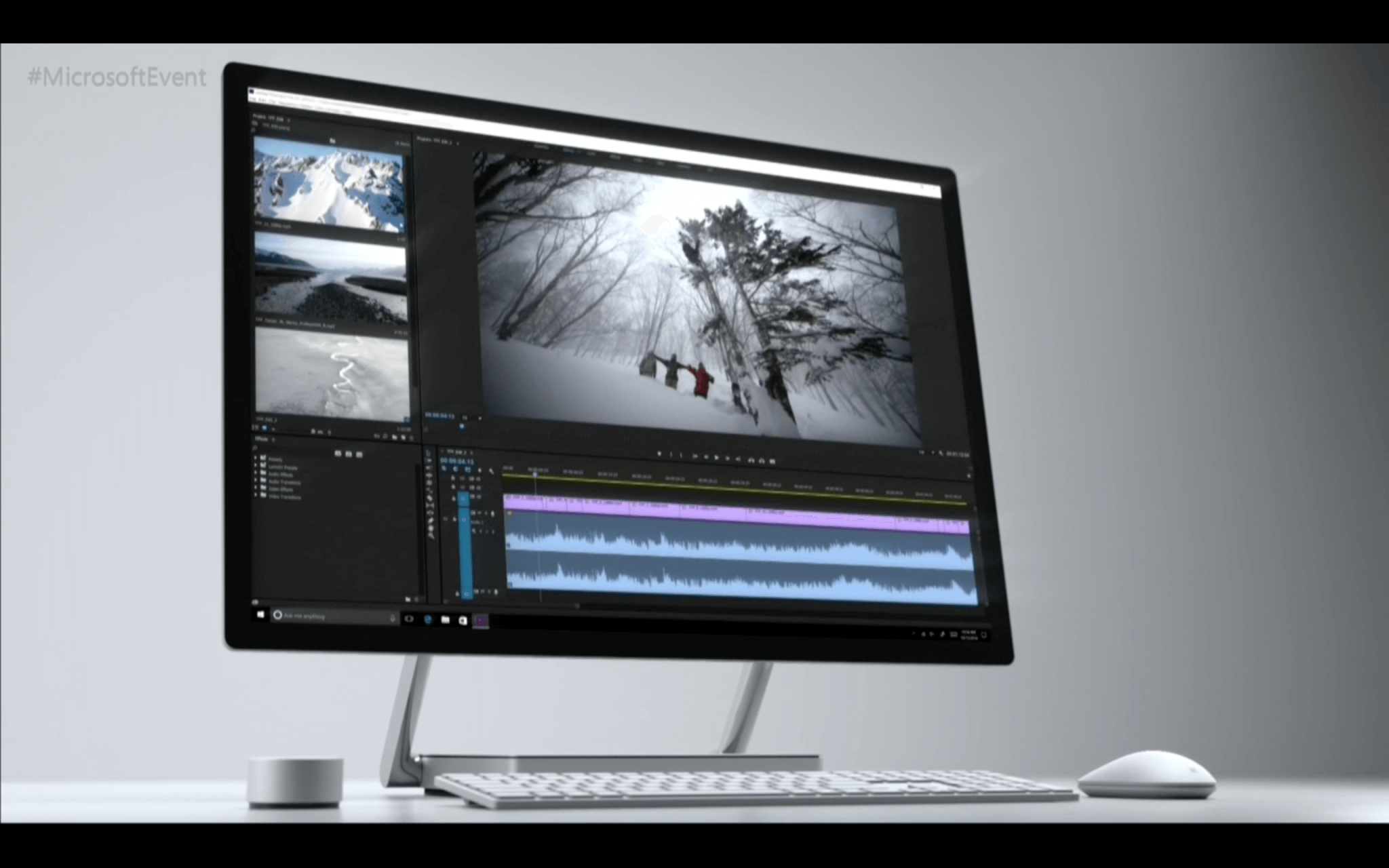 As its name implies, Microsoft’s desktop PC is positioned as a device that turns your desk into a studio. The all-in-one Surface device includes a large display that can be laid flat on a desk, bringing back memories of Microsoft’s original Surface table computer. In addition to mouse and keyboard, this all-in-one device also supports touchscreen and stylus input. That’s right: This is a Surface device, so naturally the Surface Pen works just as you’d expect. There’s also a new optional Surface Dial touchscreen accessory for yet another input source.