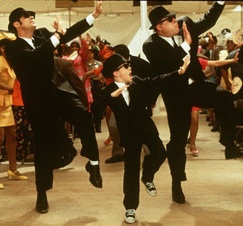 Microsoft is apparently serious about this whole “not buying Yahoo” thing. Today the software giant’s law firm sent out letters to each of the proxy board members it had lined up, releasing them from their obligation, according to The Wall Street Journal. The proxy board is the group of executives and industry leaders that Microsoft had lined up to nominate to replace Yahoo’s current board of directors had Microsoft decided to go hostile in its bid to takeover Yahoo.

What this means is that Microsoft will not be attempting a hostile takeover of Yahoo again anytime soon. This is a strong gesture to refute speculation by just about everyone since Microsoft pulled its bid five days ago that it could turn right back around with another offer — especially considering that many prominent Yahoo shareholders are said to want such a move, and with some potential new trouble brewing with Yahoo given the news that Google is wavering on a long term search advertising deal with the company.

Interestingly enough, The Wall Street Journal is also reporting that members of this proxy board have already been approached by some Yahoo shareholders, who themselves are thinking about nominating their own alternative board. They only have until May 15th to do so for the shareholder meeting which will take place in July.

While Microsoft is moving on for now, it’s probably still foolish to believe it is moving on for good. We’ll see how several factors, namely Yahoo’s financial situation and Microsoft Internet market share, play out over the next several months. At that point we may hear the talk start about getting the old band (the proxy board members) back together.