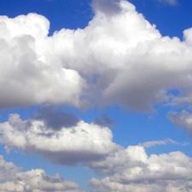 Though they squabble over things such as the rights to control parts of Facebook and Yahoo, the real battle between Microsoft and Google is only just beginning to show itself as the two jockey for position to control user data in the “cloud”, massive data centers connected via the Internet.

Microsoft today unveiled plans to upgrade its existing “cloud” offerings by expanding its Microsoft Online Services to businesses of all sizes in the second half of 2008. Utilizing Microsoft Exchange Server 2007 as well as Microsoft Office SharePoint Service 2007, services such as e-mail, contacts, calendars and conferencing will all be available to use and sync online.

These latest Microsoft moves seem to be less about destroying Google Apps (Google’s online office utility) and more about keeping Google within firing range. This has disappointed many folks on the Internet who will no doubt be more interested in yet another full-on war between the two giants.

It’s coming, but with Microsoft still raking in so much money from traditional software, it’s still at least a couple years away.

Previously Microsoft’s services were limited to companies with 5,000 or more employees. The move towards smaller companies is clearly aimed at Google which is quickly making gains in the market, claiming to have already signed up more than 500,000 organizations. Google clearly knew it has an advantage here as the company recently touted during the launch of its Google Sites application that its services were aimed at all organizations — those that employ just five people to those that employ 50,000 (our coverage).

On the larger end of this spectrum, Microsoft has teamed up with Coca-Cola Enterprises according to The Wall Street Journal. However, Google has several big names of its own with the likes of Genetech, Salesforce.com and Proctor and Gamble. Google also has several universities around the country utilizing Google Apps.

Microsoft seems content to make this transition to the cloud slowly even amid pressure from not only Google, but Amazon as well. Amazon is becoming a leader in cloud storage thanks to its EC2 (Elestic Compute Cloud) services, where developers can run software on Amazon’s servers, as well as its S3 (Simple Storage Service) service, which allows developers access to very cheap online storage for applications. Yet, from Microsoft’s perspective, as Larry Dignan puts it: “What would you do if you made billions off of packaged software?”