In addition to the all the Azure news and Continue on PC updates, Microsoft naturally announced a slew of developer tools at Build 2018. The updates encompassed Visual Studio, .NET, Sets in Windows 10, Fluent Design, Microsoft Teams, Power BI, Excel, and Outlook, among others.

Microsoft launched two Visual Studio previews today: IntelliCode and Live Share. Both are optional, though they are likely to be integrated into Visual Studio once they launch out of preview. 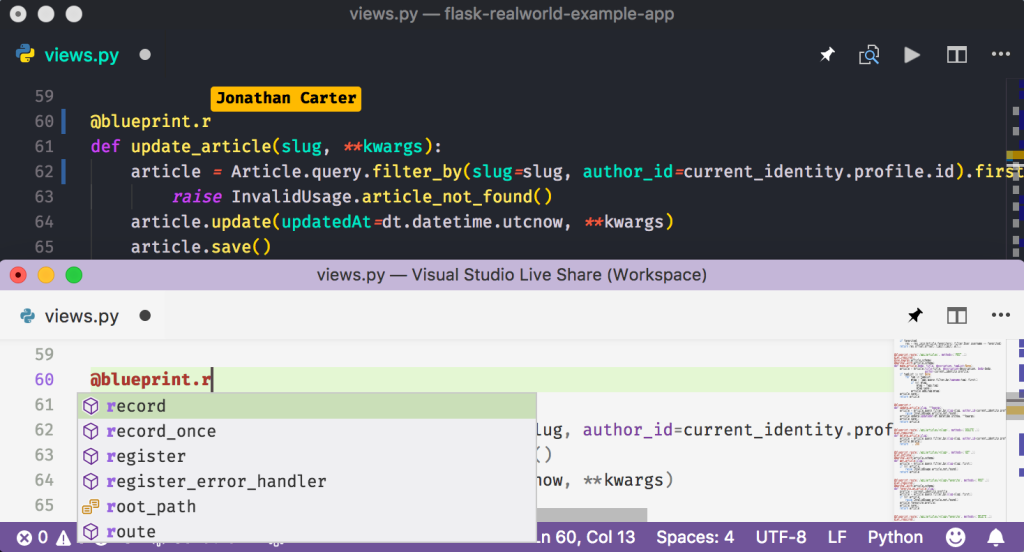 Visual Studio Live Share lets developers collaborate in real time with team members who can edit and debug directly from Visual Studio and Visual Studio Code. Live Share works with any language for any scenario, including serverless, cloud-native, and IoT development.

Microsoft has once again partnered with GitHub. This time, Azure DevOps services are being made available to GitHub customers.

The Visual Studio App Center will be natively available on the GitHub Marketplace. As a result, any GitHub developer building mobile apps for Android, iOS, macOS, and Windows can automate DevOps processes from within the GitHub experience.

Sets, which isn’t necessarily its final name, is an upcoming Windows 10 feature that lets you run multiple apps in a single window, using tabs. You can open new tabs in a given window for whatever you’re working on: relevant research documents, files, websites, and so on. This completely flips the idea of “windows” in Windows on its head, as a single app’s window can have tabs for a variety of apps.

Microsoft wants to let developers reach and engage new audiences with Sets. Universal Windows Platform (UWP) apps will work with Sets from the start, while Win32 and web apps will require a few “simple changes,” but should work within Sets as well.

Microsoft unveiled its Fluent Design System at Build 2017 last year as a set of guidelines for software running on Windows 10. Think of it as the successor to the company’s Metro/Modern UI design language.

Fluent Design got a few updates today in the form of UWP XAML Islands. The new addition gives developers more capable, flexible, and powerful XAML controls, regardless of which UI stack they use — whether it’s Windows Forms, WPF, or native Win32.

Microsoft is giving developers more access to these potential users with new and updated Microsoft Teams APIs in the Microsoft Graph. Support for organization-specific applications in Teams will now allow developers to create experiences based on the needs of a specific business or industry and to publish them to the Microsoft Teams app store. 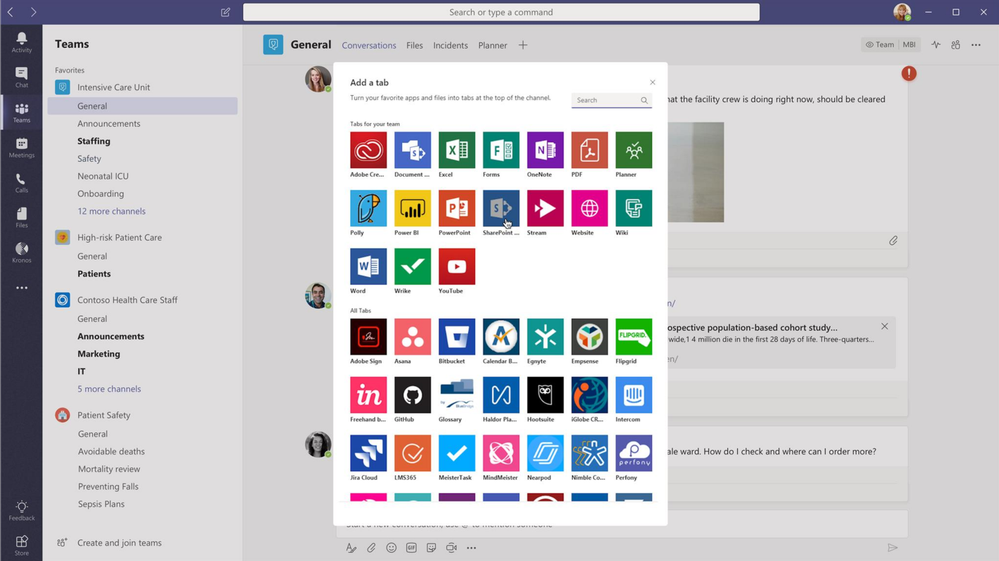 Microsoft Teams is also getting deeper SharePoint integration. This means being able to insert a SharePoint page directly into channels and using script-based frameworks like React to manipulate content within SharePoint pages.

Finally, Microsoft shared that Adaptive Cards are now supported within Microsoft 365 so developers can create rich interactive content in messages coming from their apps, bots, or services to Teams and Outlook. Users will thus be able comment on an issue in GitHub directly within a Teams chat or pay bills using Microsoft Pay directly in an email.

Microsoft made a few more small but notable announcements. .NET Core 3.0 was announced, support was added for Power BI Visualizations in Excel, new Azure Machine Learning and JavaScript custom functions were added to Excel’s catalog, and a complete containerization solution called MSIX for converting large catalogs of applications was unveiled. Microsoft also showed off Windows Machine Learning, a new platform that enables developers to easily develop machine learning models in the cloud and then deploy them offline on PCs.