Well, it has finally happened.

Even if you really wanted to buy a Windows phone, Microsoft has run out of Windows Phone devices to sell to you. I’ve been watching the number of Windows Phone options on the Microsoft Store website dwindle for over two years now. I was honestly expecting them to disappear completely more than six months ago. It’s 2018, and there are still two remaining phones. Last night, they both flipped over to “out of stock.” 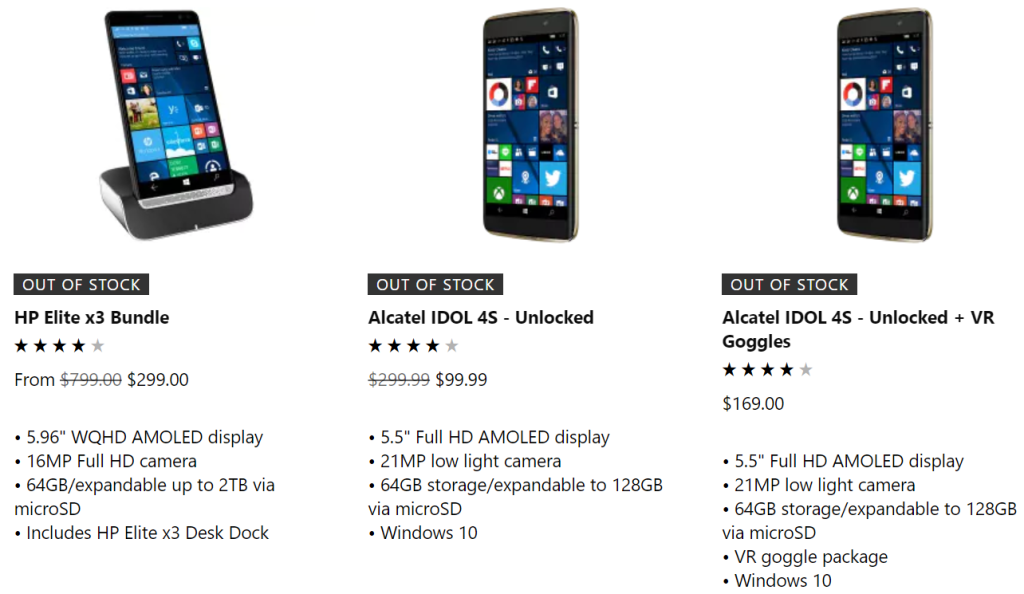 Microsoft CEO Satya Nadella restructured the company’s phone business in July 2015. Every event since then has amounted to bad news one way or another.

It likely took so long to get to this “out of stock” stage because Windows 10 Mobile products simply aren’t selling. Frequent price cuts do only so much if the actual products are not desired. Still, Microsoft clearly deemed it better to keep trying to sell the devices than just write them off.

By the way, you can still buy other smartphones from Microsoft. Instead of Windows 10 Mobile, however, they run Android:

If you really want to get the HP Elite x3, Microsoft recommends trying Amazon or Staples:

For Alcatel’s Idol 4S, however, you’re out of luck:

You may still be able to find these (and other) Windows 10 Mobile devices at your local Microsoft Store. And of course there are always resellers. There could also be more stock sitting somewhere that will eventually end up at the Microsoft Store. After all, the listings haven’t been pulled; they’re simply marked as out of stock.

Still, it’s only a matter of time.

In the meantime, die-hard Windows 10 fans keep waiting for the mythical Surface Phone.

Update on April 20: Microsoft says more stock is indeed coming. “The HP Elite x3 and Alcatel Idol 4S are temporarily unavailable, but will be restocked and sold while supplies last,” a Microsoft spokesperson told VentureBeat. “We remain deeply committed to helping customers discover, buy, use and love Windows 10 devices.”

Update on June 5: The Windows phones are no longer listed as “out of stock” on the Microsoft Store — they’re not listed at all. Microsoft insists that this is temporary. 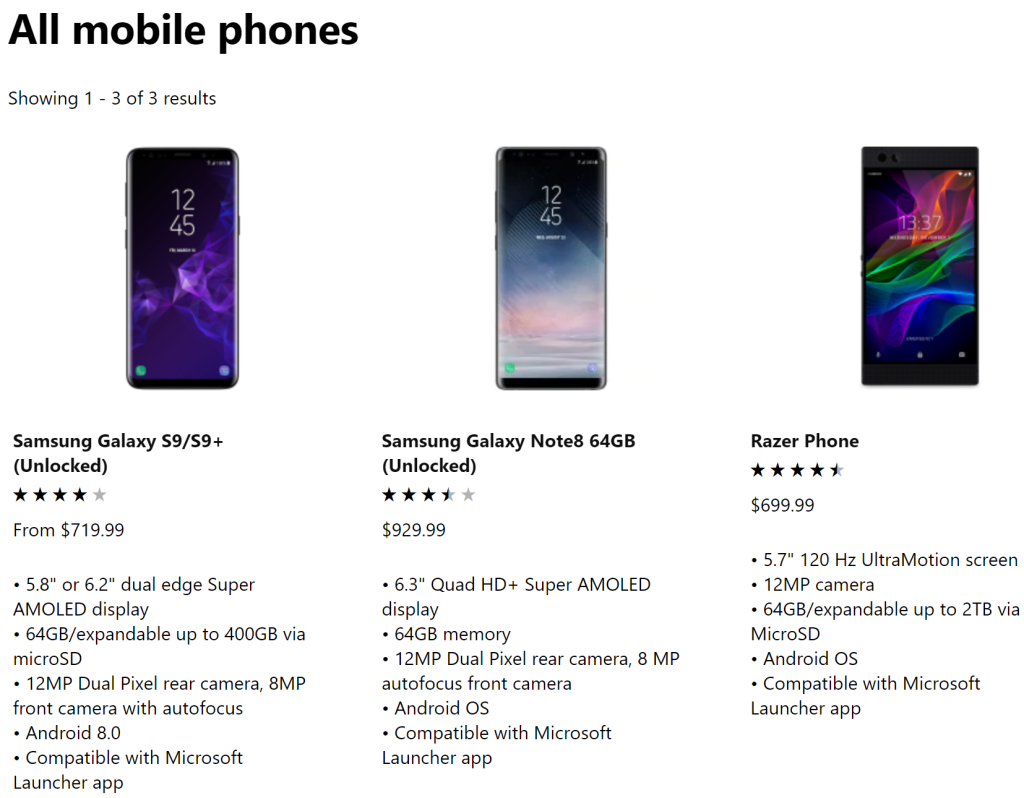 “The HP Elite x3 and Alcatel Idol 4S are temporarily unavailable, but will be restocked,” a Microsoft spokesperson told VentureBeat. “We remain deeply committed to helping customers discover, buy, use and love Windows 10 devices.”