As promised, Microsoft today started shipping its $3,000 HoloLens development kits. In addition to sharing that bots are coming to the new platform, the company also released a HoloLens emulator, which lets developers test holographic apps on their PC without the need for a physical HoloLens. You can download the emulator now directly from here.

HoloLens made its debut in January 2015, and Microsoft has been encouraging developers to consider building apps for the next-generation device since day one. HoloLens can run nearly any Universal Windows Platform (UWP) app from the Windows Store as a 2D app. But the company also wants developers to build apps specifically for HoloLens.

The emulator uses a Hyper-V virtual machine and works with Visual Studio. The human and environmental inputs that are read by HoloLens sensors are instead simulated using your keyboard, mouse, or Xbox controller. Your actions move a simulated HoloLens user, and apps respond as if they were running on the actual headset. 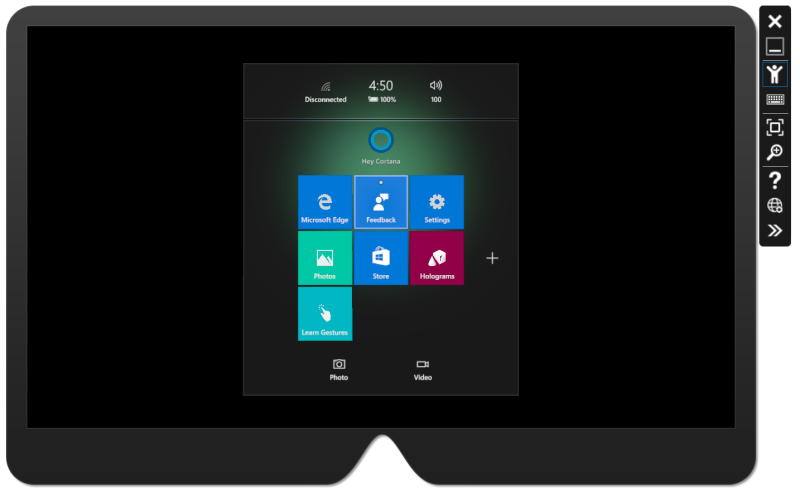 Here are the basic commands:

The emulator’s release wasn’t mentioned on stage at Microsoft’s Build 2016 developer conference today, which is odd given that emulators are specifically meant for developers. Either way, it’s now possible to build and test apps for the HoloLens augmented reality headset without using or even owning the device. Indeed, “Apps don’t need to be modified to run on the emulator and don’t know that they aren’t running on a real HoloLens.”

To run an app in the emulator, you’ll first need to load it in Visual Studio 2015. Set the platform to x86, select the HoloLens Emulator as the target device for debugging, go to Debug, and then hit Start Debugging (or just press F5). Microsoft warns that the emulator “may take a minute or more” to boot when you first start it.

More information on developing for the HoloLens is available here. If you’re thinking of building a holographic app, you may also want to check out the HoloToolkit on GitHub, a collection of scripts and components that may help accelerate development.