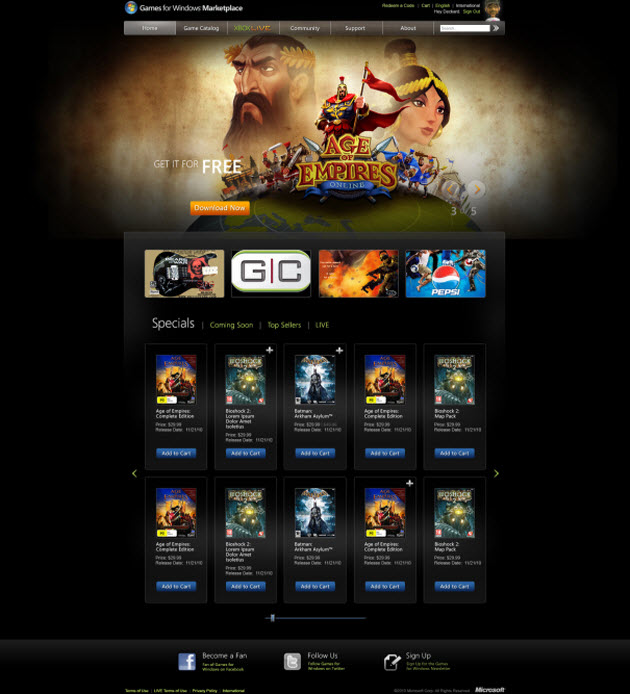 The “games on demand” market, called Games for Windows Marketplace, will launch on Nov. 15 and will allow users to download games via connected PCs. It will compete with rivals such as Valve’s Steam online games market and OnLive’s games-on-demand service.

The store could thus help PC games get discovered more easily. Gamers can search by titles or genres. The market will launch with more than 100 top titles, including older games such as Fable: The Lost Chapters and Grand Theft Auto III. New titles such as Lego Universe and CarneyVale will hit Games for Windows Marketplace at the same time they appear at retail. Capcom’s Christian Svensson, corporate officer and vice president of strategic planning and business development at Capcom, said his company will deliver some of its biggest PC games on the market from day one of sales.

The store will integrate the existing Xbox Live online console gaming service and Windows Live, which serves PC gamers. It is optmized for speedy downloads, with few clicks required to purchase a game and begin playing. The service is based on web-connected servers. So users can redownload games to a different computer if they want.

The store will offer all sorts of deals and discounts for users, including a Deal of the Week.