Microsoft today launched a public preview of its Skype for Business app for Mac. To try it out, your company’s IT administrator will need to sign up at SkypePreview.com. The Mac preview will be rolled out gradually, starting with invites sent to IT administrators and expanded to everyone “in the coming weeks.”

Unlike with the mobile apps, Microsoft is planning three previews for OS X, released in the following order:

In other words, the current preview only offers basic functionality. After you sign in, you will see your meetings for today and tomorrow, based on your Outlook calendar, displayed in the Skype for Business client. 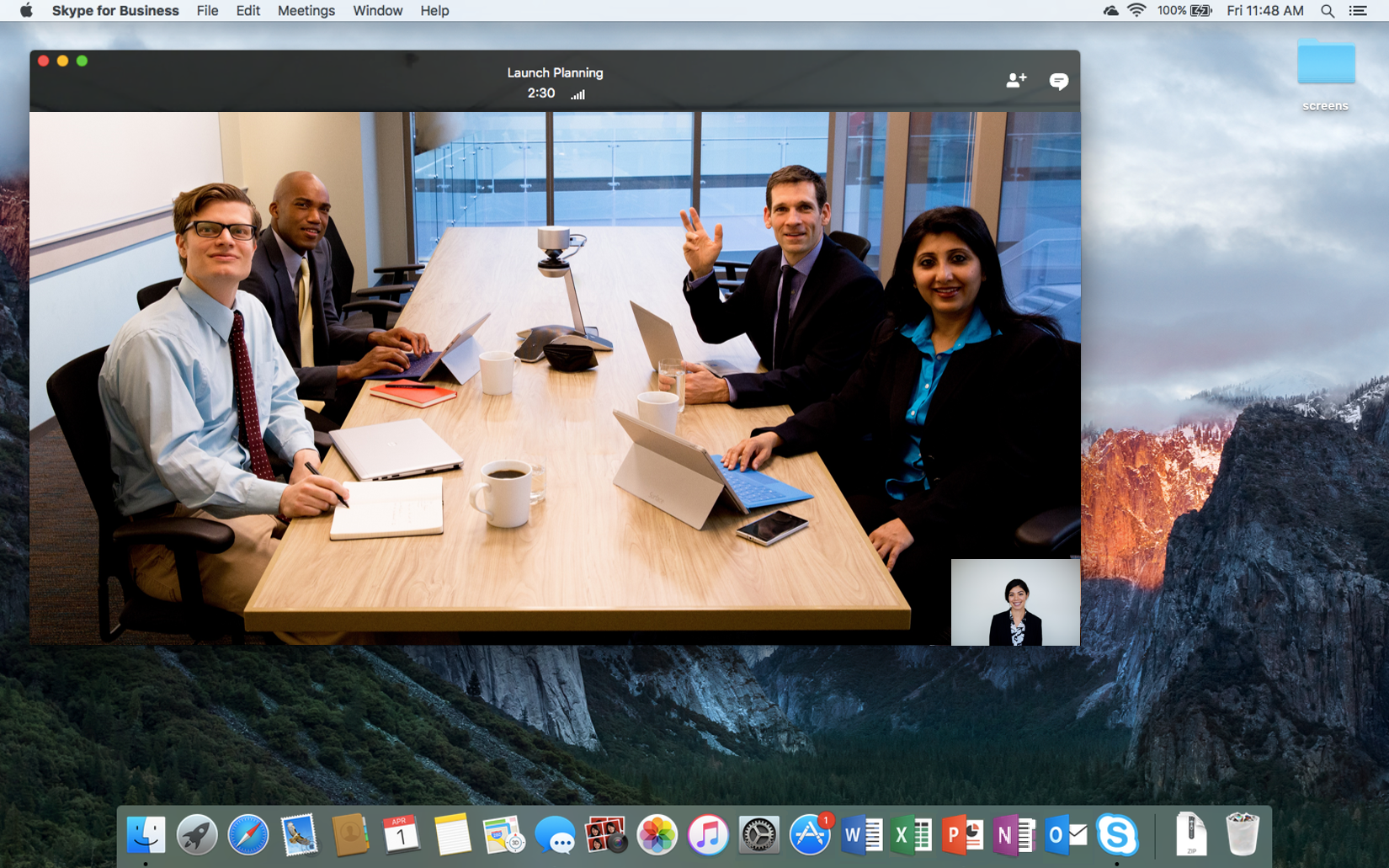 The Mac client uses OS X El Capitan APIs “to deliver the richest experience on a modern Mac,” a Microsoft spokesperson told VentureBeat. Mac users can expect “a familiar feel, a modern media stack, and a commitment to enterprise-grade quality.”

But three previews suggests Microsoft expects to make a lot of changes as its goes. You can report bugs and suggestions on by clicking Report an Issue directly in the client or on the Skype feedback website.

Microsoft didn’t give a firm date for when to expect the final release out of preview. That said, the company did say it is currently aiming for a launch in Q3 2016.