At its Build 2017 developer conference, Microsoft today released Xamarin Live Player in preview. The company called the tool “a live coding environment,” which essentially means developers can build, test, and debug apps without having to install SDKs or emulators. You can install the Live Player extensions for both Visual Studio 2017 and Visual Studio 2017 for Mac right now and download the Xamarin Live Player apps from Google Play and Apple’s App Store.

Here’s another way to look at Xamarin Live Player. Developers can already build for Android using Windows or Mac. Developing for iOS, however, requires a Mac. Xamarin Live Player removes that requirement and instead asks you for an iPhone and Visual Studio 2017 for Windows. Xamarin Live Player allows developers to simply download an Android or iOS app and start coding. All you need is Visual Studio and a physical Android or iOS device. There is no need to install SDKs and emulators to get started — just download an app, pair your device with Visual Studio by scanning a QR code, and hit “debug” like you normally would. 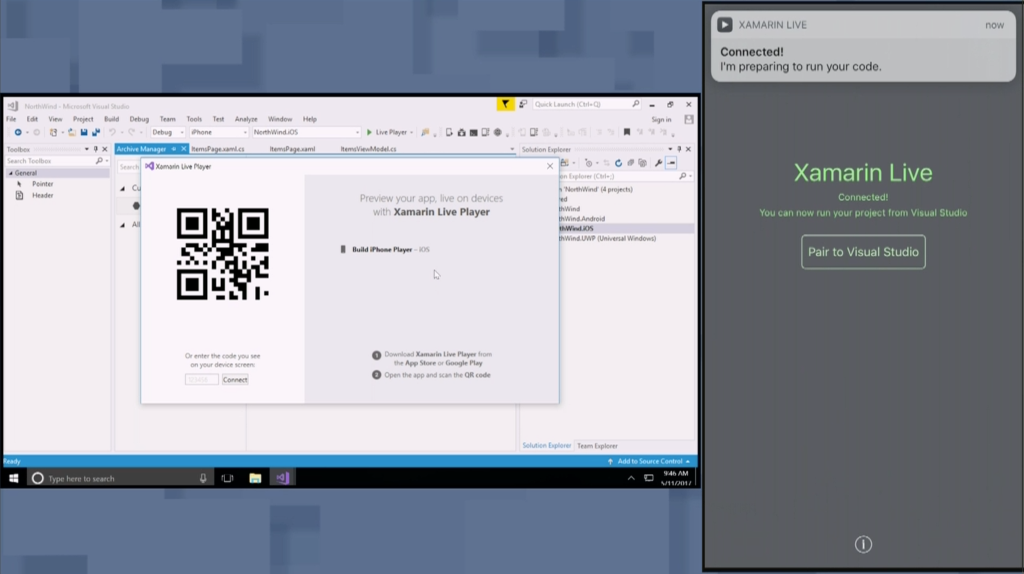 The app will be deployed to Xamarin Live Player in the background, enabling you to develop and test your changes without having to recompile and redeploy the app. You can set break points and debug your app, on device and over the air. There’s even a Live Run Current View mode that lets you modify your C# or XAML code so that the current view is redeployed as you develop.

Microsoft may have bought Xamarin to integrate its developer tools, but, at least for now, the company is still letting those employees push the limits like they did at the startup.