Question: When it comes to the Windows Mixed Reality platform, how do you see the early days of the platform addressing the mix of consumer and entertainment versus enterprise and commercial? There’s a lot of good business applications for mixed reality and a lot of them seem very bespoke. The consumer applications seem much more general and broad. What amount do you see being more business-focused or more consumer-focused in the early days? Do you see that shifting one way or the other over time? 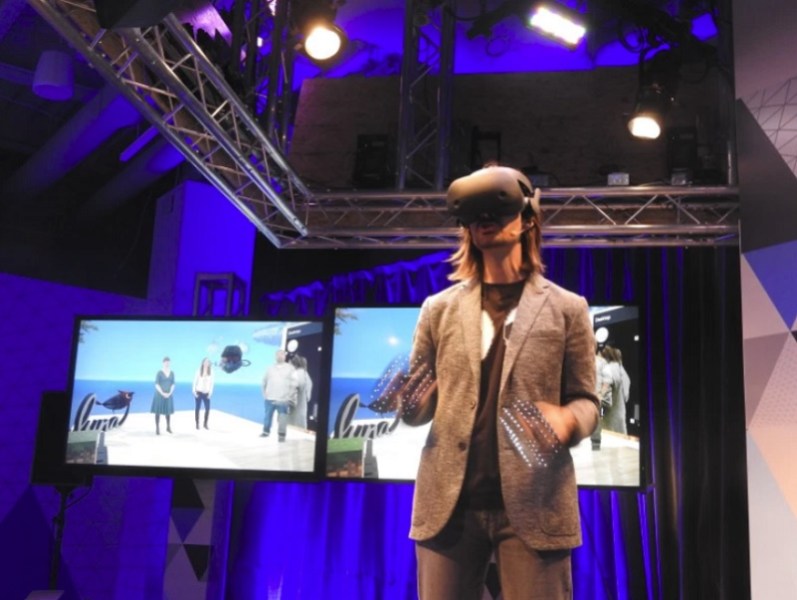 Kipman: I think humans will be humans. Are you a consumer or are you working right now? We do all of these things. One of the beautiful things to embrace in the future is the fact that these devices will need to do all of these things. It’s not a question of how much time you spend on your laptop working versus watching a movie or playing a game. The answer is yes. It’ll vary by the day, by the person, by the time. You’ll see the same even in the early days of mixed reality.

Using something like HoloLens as an example, we have more early traction in modern workplaces, where it’s transforming people’s lives. I think you correctly call those applications more bespoke applications. You’re going to see ISBs building more evergreen applications, or out of box value, as the world moves forward. In the world of entertainment, gaming, things like that, there’s more content there today and we’re seeing that show up as well.

I wouldn’t answer with a proportion, though. I think these devices are the future of computing. We’re going to be wearing these devices most of the time going forward. The value is going to be in revolutionizing how we work, how we communicate, and how we play. It’s all of those things.

Question: How do you see yourselves encouraging more businesses to adopt these headsets specifically?

Kipman: The key premise here is choice for our customers and opportunity for our partners, in a sense. Connecting all of it with a single operating system that can target the whole spectrum.

We put out a demonstration with our partners at Cirque du Soleil at a conference we had for developers earlier this year. What we usually show there on stage—it’s a set of workers wearing HoloLens, a see-through device, and they’re in the middle of doing something. In this case they were building a show, moving objects around. But when they asked someone to teleport in, that person teleported in as an avatar by putting one of our Windows Mixed Eeality headsets on. If you’re teleporting somewhere in a business context, you don’t necessarily want your physical environment to be there. You want a virtual environment, because you’re trying to help someone. In this case the person was trying to say, “Hey, move that there. Not that prop, that’s different.”

The fact that I can connect these experiences—I can have the first-line workers, for example, in a HoloLens, and the knowledge workers on the virtual reality devices. A single experience, a single service that can target both is what businesses are looking for. To a great extent this is why I’m proud of the fact that Microsoft is the only company approaching the entire spectrum. We’re not trying to make augmented reality or virtual reality or anything else. We’re saying, “People have phones. They have PCs. They have opaque devices. They have see-through devices. How do I provide value for that entire value chain with a mixed reality commitment?” 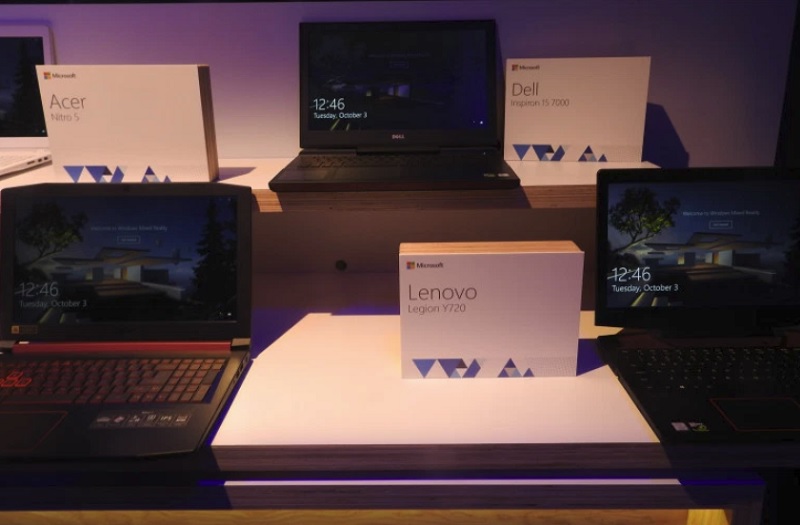 Above: Big brands have a number of VR-ready laptops for the mainstream.

Question: From a hardware perspective, the old MR headsets tightly followed a reference design from Microsoft. The displays were pretty much the same. With Odyssey it seems like a premium experience – OLED displays, the microphone, and so on. Does that fracture the platform a bit, when you have Windows Mixed Reality on integrated graphics, then Ultra, and you have two different classes of hardware?

Kipman: The way to look at it—I wouldn’t call any of these beautiful, amazing, powerful, delicious headsets old. They’re all brand new on October 17. What you’re seeing, again, is choice for customers. Choice on price point, choice on spec. They’re all based on our reference design. The perspective is, all of these headsets—I don’t care if you plug them into an Ultra machine, if you plug them into a Windows Mixed Reality machine. It just works.

To your point, fragmentation is bad. You’ll see headsets change over time. There’s opportunity for our partners. We have an amazingly creative ecosystem of partners and we’re working together with them to give value to their businesses and their customers. As we do that, we’re creating a single platform and working with our silicon partners – Intel, AMD, and Nvidia – to make sure we lower the total cost of ownership of these experiences and keep a seamless experience.

Question: Is that going to be the case with all hardware you’re going to be able to buy going forward?

Kipman: You’re asking a futuristic question, which is hard for me to answer. I’ll tell you that our premise and our philosophy is one of making sure we create delicious customer experiences. From that perspective, creating a complex matrix of what plugs into where is not really that reasonable. I think you’ll see some content that just works on Ultra, some content that works on everything. That’s no different from gaming today. Do you want super high-end gaming and leave no pixel behind? Then you need a beefier GPU.

Content will freely flow into this, and our store is already super capable of clearly messaging to customers the type of specification they need. But our philosophy on the headsets is really, look, you buy a headset, plug it in, run the setup, and it just works.