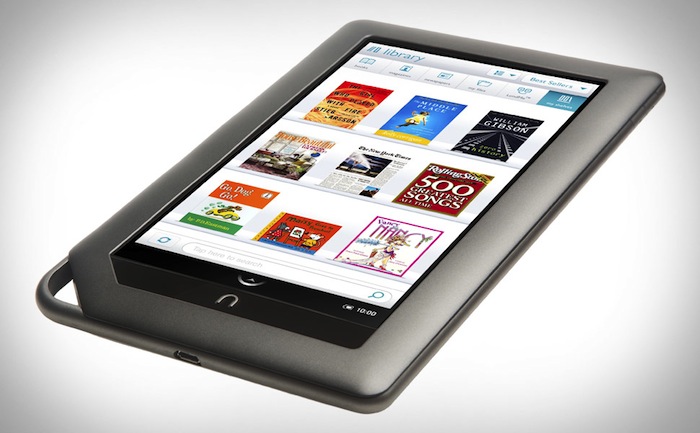 Microsoft is offering $1 billion for Nook Media LLC, the tablet and digital media business started by Barnes & Noble and other investors, according to a report in TechCrunch.

Microsoft already owns a piece of Nook, having invested $300 million into the business in April 2012. According to the report, Microsoft would buy the digital operation, which includes e-books, movies, TV, comics, apps, and more.

The interesting wrinkle is that Nook is built on Android — which Microsoft makes money charging licenses for — and just opened up its business to Google, signing an agreement with Google to get Google Play and inviting the entire Google mobile stack — Gmail, Chrome, YouTube, and Google Maps — onto the platform. In addition, Nook offers apps on mobile platforms that compete with Microsoft: Android and iOS.

Which would put Microsoft in the awkward position of owning an Android-based tablet that, while not extremely successful, has sold more devices than Microsoft has sold of its own Windows 8-based tablets.

About ten million Nook devices have been sold to date.

But Nook may be phasing out hardware and moving simply to delivering content via apps on other company’s hardware platforms as both revenue and device sales have slowed in recent quarters. In which case, Microsoft would be buying digital content and licenses to digital content that could be valuable assets for both Windows 8-based tablets and its Xbox living-room-entertainment-hub ambitions.

Whether that’s worth a billion dollars, however, is anyone’s guess.

Which means that the bigger question is whether buying a declining device and content distributor from an ailing company that is failing to successfully compete with Amazon is a smart business idea. With Nook division revenue declining more than $100 million in 2013 and a projected loss of $360 million, it could just be the case of Microsoft adopting yet another expensive albatross for its cash cow office, operating system, and business software divisions to support.