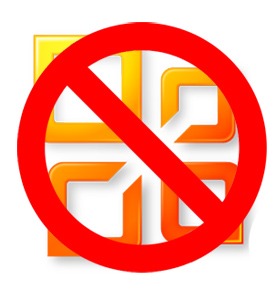 “At approximately 11:30am PDT, Microsoft became aware of a networking issue affecting customers of some Microsoft services hosted out of one of our North American data centers,” said Steven Gerri, General Manager for Global Foundation Services, in a statement. “We worked to isolate the issue and we are beginning to see service restoration. We continue to investigate the root cause of this issue.”

“We apologize for the inconvenience that the #office365 outage has caused today,” the account wrote. “We’re [sic] are working on resolving the issue.”

Office 365 is Microsoft’s first major play into the cloud office software scene and it is trying to establish itself as a better option than Google Apps, so outages during work hours are definitely not a good thing. In my hands on review of Office 365, I praised the service for its depth of features and its accessibility for startups and small businesses. The service promises 99.9 percent up time, so hopefully the issue does not happen again soon.

Are you an Office 365 user? If you are considering the service, does this outage deter you?

Update: As of 4:38 p.m. PDT, Microsoft said all systems were back up, meaning the outage occurred approximately five hours.