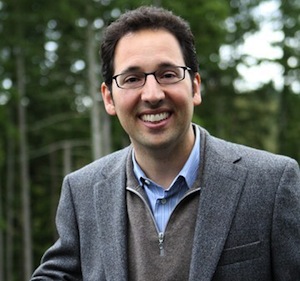 Microsoft is launching Office 2010 next month, so I checked in with the man in charge of the Office team, Chris Capossela, to find out how confident Microsoft is feeling with its Office suite now that Google is trying to make a serious claim on the business-application market. After all, Googlers have said 2010 will be the year that Google Apps, the bundle of online business software including Gmail and Google Docs, becomes a formidable competitor to Office.

Capossela said, though, that he’s confident about Microsoft’s position against emerging competitors like Google. He said Google will have a hard time convincing big companies that it’s making a serious commitment to Apps, especially since so much of its revenue comes from advertising in web search.

“If Google stopped supporting Google Apps tomorrow, no one on Wall Street would blink,” he said.

More broadly, Capossela said Microsoft is in a unique position because its biggest products, Windows and Office, have enormous audiences among both businesses and consumers. A company like Cisco or SAP has plenty of business customers, but “no consumer I’ve ever met can name one of their products,” he said. Meanwhile, competitors like Google and Apple have strong consumer recognition, but “no big company I know is betting on their platforms.” That doesn’t mean Google can’t succeed, Capossela said — after all, Microsoft expanded from being a consumer-focused company to one that sold to enterprises as well. But it was a 15-year process, so Google has “a long, hard road” ahead.

Capossela wasn’t just trash-talking the competition. He also told me about the additions in Office 2010 that seem to be getting the strongest response from its 6 million beta testers. In Outlook, users seem excited about features that help combat email overload. If you’re getting tired of being copied on an email thread that you don’t care about, you can hit “ignore,” and that will not only remove the thread from your inbox, but will also hide any future messages in that conversation. Also, if you’re feeling swamped by trying to catch up on a bunch of emails in a single thread, you can automatically collapse the thread into the latest email in each branch of the conversation.

In Word, meanwhile, the team has spent a lot of time thinking about how to deliver real-time editing so that multiple people can work on a document without accidentally overwriting each other’s changes, or just feeling like they’re being overwhelmed by all the edits. So instead of letting anyone edit anywhere, and showing those changes immediately, Word locks down each paragraph to one user and shows users who is editing each section. Then, users tell Word when they want to see updates.

Beyond individual features, Capossela said Microsoft’s big focus for business products in 2010 is in cloud computing and in social networking. He pointed to a recent speech by chief executive Steve Ballmer saying that Microsoft currently devotes 70 percent of its research and development to the cloud and that that number could go as high as 90 percent in the future. On the social side, Capossela said Microsoft is adding features to its SharePoint collaboration tool that make it more of a viable option for customers to build their own “Facebook for the enterprise.”