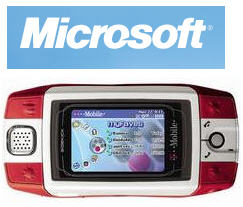 The figure, while not officially announced, was dug up in reporting by GigaOm’s Om Malik. We haven’t confirmed that exact figure, but we do have enough info that suggests investors made a very good return.

The acquisition comes after Danger swallowed some $225 million from investors, Om says, though I think that some of that may have been debt because we’ve been told the equity investment was less than that (see update below for exact numbers, which suggests the investment was indeed lower). The company’s chief executive Hank Nothhaft was insisting yesterday that the outcome was a “very, very strong exit” for its backers, and it probably was. The company’s valuation crept up steadily from 2000 from about $27 million to $190 million last year, according to our source. So investors pumping in money at these levels all appear to have done well, even the earliest ones who had their money locked up for eight years (we mentioned the investors in our story yesterday; Mobius, though, was the earliest backer).

More interestingly, however, is Om’s thought on why Microsoft is making the move — it wants to “pull an Xbox” on its mobile phone business. Not only does it want to extend beyond the business world and entice consumers, it also wants to use Danger’s software-as-a-service technology to offer “Microsoft Services” such as search, mail and instant messaging on the Danger platform, using it to compete with Google Android.

Like Om, we believe Microsoft should open up Danger’s platform in a more radical effort to make it attractive to developers. In the mobile world, it still has a lot less to lose than it does with an open strategy in the desktop software business, and in fact, it’s probably the only way it will win at this stage.

Update: Danger got in touch and said the company raised $144 million in equity (as stated in the official S-1). In addition, there was some “minimal debt financing” for ongoing operations, the company said, but it wasn’t specific.