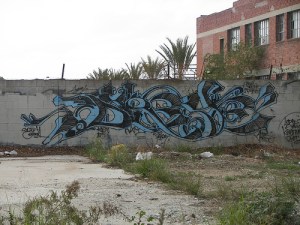 A patent awarded to Microsoft Tuesday suggests that a more pedestrian-friendly future is on the horizon.

In the “Pedestrian route production” patent, discovered by GeekWire, Microsoft envisions an intelligent maps application that adjusts walking directions to reflect a user’s surroundings, schedule, preferences and the time day.

Perhaps best of all, the patent covers technologies capable of routing walkers around neighborhoods with high crime rates.

“As a pedestrian travels, various difficulties can be encountered, such as traveling through an unsafe neighborhood or being in an open area that is subject to harsh temperatures,” the patent, first filed in 2007, reads. “A route can be developed for a person taking into account factors that specifically affect a pedestrian. Moreover, the route can alter as a situation of a user changes; for instance, if a user wants to add a stop along a route.”

The document details a scenario in which the maps application quickly extracts user data around a number of factors, including history and available paths, to “construct a direction set that allows the user to take paths that take him to his home in a quickest amount of time while keeping the user relatively safe (e.g., taking the user through neighborhoods with violent crime statistics below a certain threshold).”

While the promise of technology that helps us avoid the wrong side of town is inviting, it’s unclear whether Microsoft is currently using (or planning to use) its newly-patented technology in Bing Maps or other products. We’ve reached out to the company and will update this post should we get clarification on the matter.