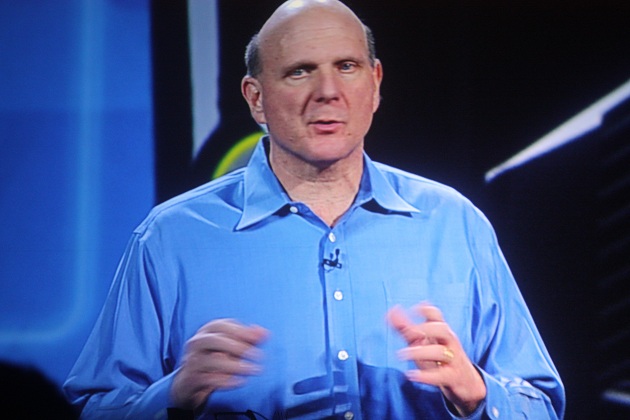 Microsoft said today that this year will be the last for chief executive Steve Ballmer to deliver the opening keynote at the Consumer Electronics Show.

This is a big milestone in the history of the big tech show, where Microsoft has been a part of the experience for attendees for a very long time. It is a changing of the guard in the tech industry.

Jason Oxman, senior vice president at the Consumer Electronics Association, which puts on the nation’s biggest technology trade show each January in Las Vegas, said in an interview that the parties had agreed by “mutual agreement” that Microsoft would not hold the opening keynote slot which it has had for the last 14 years. Oxman said that other companies would now be contenders for the opening slot.

Microsoft will no longer have a booth at CES either starting in 2013.

CES drew about 149,000 attendees last year and it is the main venue for tech companies to show retailers and consumers the latest products coming in the new year. Microsoft has usually commanded a lot of floor space in multiple locations at the show, but now it has a lot of other shows where it unveils technologies as well, including Mobile World Congress in the spring in Barcelona and E3 in Los Angeles in June.

“Our industry moves fast and changes faster. And so the way we communicate with our customers must change in equally speedy ways. To ensure it does, we constantly challenge our assumptions. For example:

· What’s the right time and place to make announcements?

· Are we adjusting to the changing dynamics of our customers?

· Are we doing something because it’s the right thing to do, or because “it’s the way we’ve always done it”?

After thinking about questions like these, we have decided that this coming January will be our last keynote presentation and booth at CES. We’ll continue to participate in CES as a great place to connect with partners and customers across the PC, phone and entertainment industries, but we won’t have a keynote or booth after this year because our product news milestones generally don’t align with the show’s January timing.”