Microsoft is fighting to stand alongside Twitch and YouTube as a destination for gamers looking for gaming-related video content, and it made some moves today toward that goal.

Beam, the livestreaming video platform that has almost no lag between when you perform an action in a game and when it shows up for your viewers, is now Mixer. Microsoft is also taking this as an opportunity to relaunch the service with several new features. The highlight new addition to Beam is co-streaming, which is a broadcasting option where up to four people can collaboratively livestream gameplay to a single page with its own unified chat room. This is particularly useful for cooperative squads in online competitive games like Halo 5 or PlayerUnknown’s Battlegrounds. Mixer is also getting an app on iOS and Android, a dedicated official Mixer channel, and a page of Mixer broadcasters on Xbox One.

Microsoft, which acquired Beam in August, said it was a tough decision to leave behind the original branding. But it sounds like the name was facing some sort of trademark issue in certain international regions.

“We’re committed to growing this platform in every major market worldwide,” Mixer cofounder James Boehm said in an announcement video. “And unfortunately, that just wasn’t something we could do with the Beam name.”

I’ve asked Microsoft for clarification about this point. 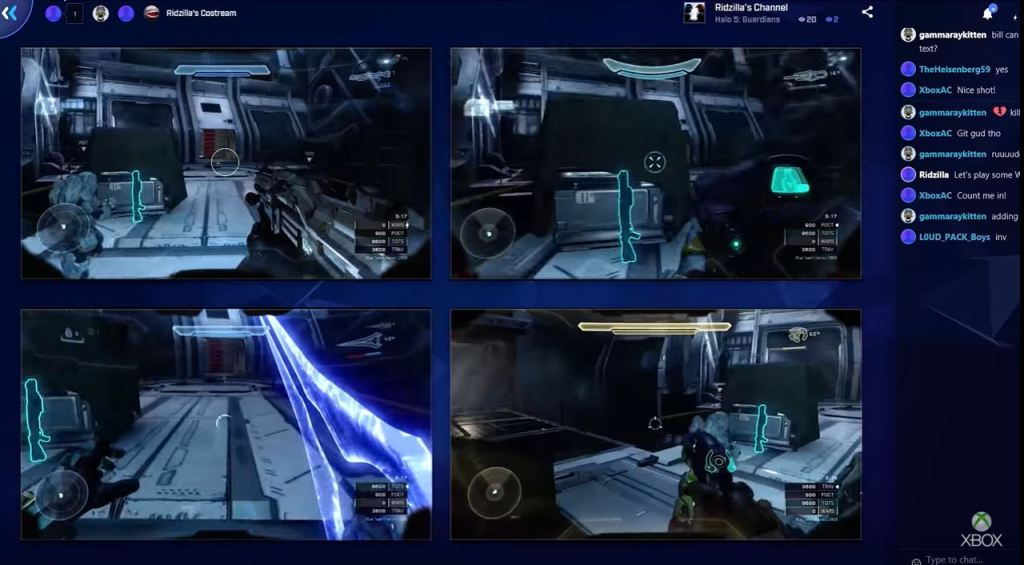 Above: Beam enables up to four people to all stream their games onto a single, unified page with its own chat.

In addition to the rebranding and co-streaming, the Mixer Create mobile app is in beta on the Apple and Android devices. This tool enables you to broadcast video from your phone in a vlog style, but it will also soon get an update that unlocks in-game streaming. The app is also getting support for Mixer’s “FTL” streaming, which is what it calls its instant broadcasting protocol that nearly eliminates lag.

Mixer is also attempting to establish itself as a strong content platform by introducing its “Channel One.” This is the site’s always-on, curated livestream. It will feature new games while also covering industry and esports events. All of this is similar to Twitch’s own primary channel, which is a mainstay at shows like the Electronic Entertainment Expo industry trade show.

Finally, Microsoft plans to use Mixer to broadcast its presence at E3, which starts June 11, in Ultra HD 4K resolutions on Mixer. That shows just how efficient Mixer’s technology is relative to Twitch, which only recently began permitting its creators to broadcast at 60 frames per second while set to 1080p.