Microsoft today released a new Windows 10 preview for PCs with improvements and bug fixes. This is the first build of the Windows 10 version coming after the Windows 10 Fall Creators Update.

Microsoft is simultaneously finalizing the Windows 10 Fall Creators Update and working on what comes next. This build is for Windows Insiders who have chosen to “Skip Ahead,” meaning they continue to receive builds from the RS_PRERELEASE branch. That branch has transitioned to RS4, which is the release that will come after the Windows 10 Fall Creators Update (RS3), and the build numbers have jumped ahead to 1635x. 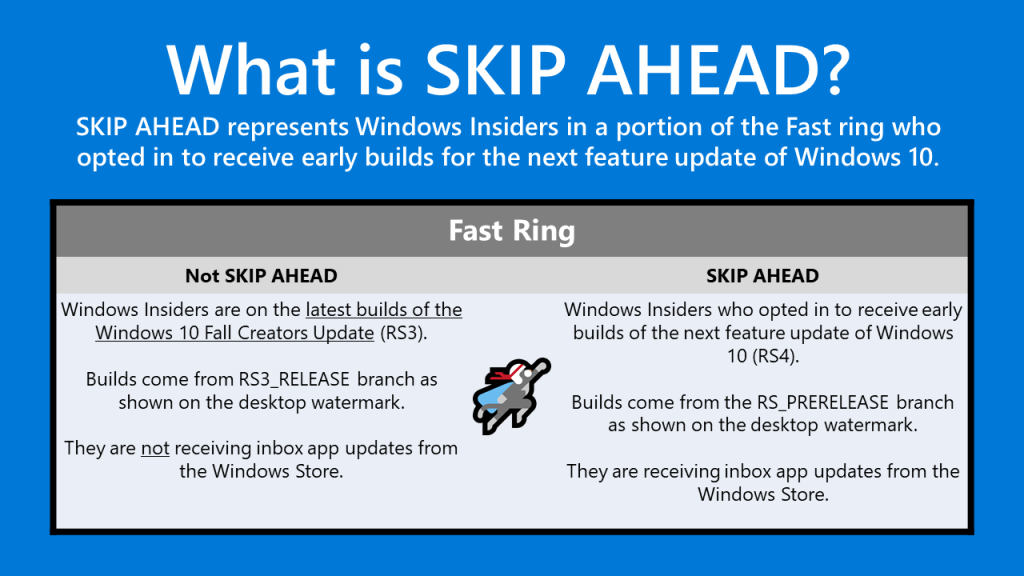 Today’s update bumps the Windows 10 build number for PCs from 16278 (made available to testers on August 29) to build 16353. Again, the big build number jump is due to this build being part of a new branch for whatever comes after the Windows 10 Fall Creators Update.