Microsoft today announced the availability of a new preview build of Windows 10 Mobile for Windows Insiders.

An update to the Photos app introduces a folder view that makes it easy to see OneDrive and PC folders from within the app. On a phone, the user can see folders on an SD card. 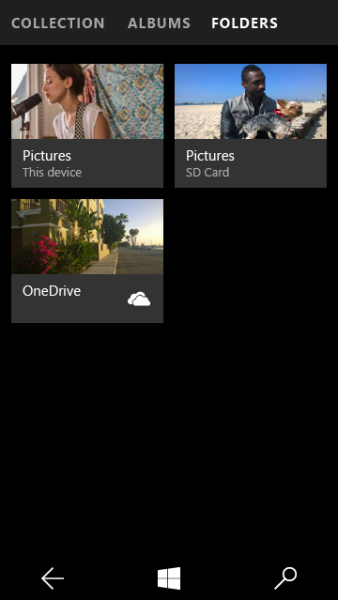 Above: The new build introduces a folder view that makes it easy to see OneDrive and PC folders in the Photos app.

Also, on phones, photo zooming and panning functions are faster, and “favorite” labels have been added. This update hasn’t yet rolled out for PCs but will roll out shortly, wrote Gabe Aul, vice president of the engineering systems team in Microsoft’s Windows and Devices Group, in a blog post. 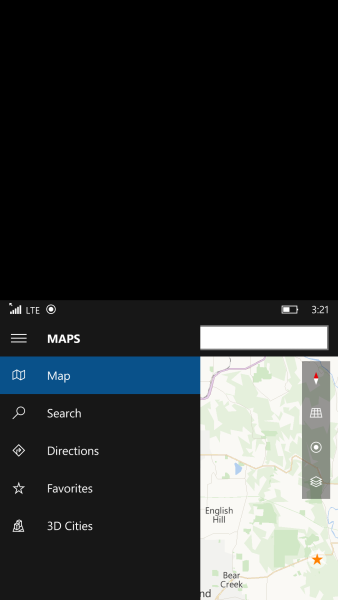 Microsoft had already introduced one-handed mode for larger phones in the OS, but many Insiders said they’d like it on smaller phones, too. This build brings one-handed mode on all Windows 10 devices (activated by pressing and holding the Start button).

Voice input has been updated to add support for Japanese (Japan) and English (India) speech recognition.

The Start screen will now successfully load (instead of failing with “Loading …” displayed in an endless loop). “We are still tracking down an issue were it may show ‘Loading …’ for a few seconds,” Microsoft said in a blog post.

But the update also adds some meaningful new functionality.

Windows 10 Mobile will reportedly come out of preview and launch for everyone sometime this quarter. Build 10536 may be one of the very last previews that Microsoft releases before that.