Microsoft is turning its OS into a service. As we wrote in our deep dive on how Microsoft built, and is still building, Windows 10, Windows Insiders play a key role in this vision.

“With the general availability of Windows 10, the Windows Insider Program will focus on building and delivering Windows as a service by updating Windows 10 with new features and functionality on an ongoing basis,” Gabe Aul, vice president of the engineering systems team on the Windows devices group, reemphasized today. “As always, Windows Insiders will be the first to see these new features and changes.”

The only major difference this time is that Windows 10 Insider Preview builds have to be installed on genuine Windows 10 devices. Microsoft asks that you ensure your device is activated (go to Settings => Update & security => Activation).

Windows 10 introduces device-based activation. This means if you’ve previously activated a genuine copy of Windows 10 on your device, you no longer have to enter a product key when reinstalling Windows 10 or activating Windows 10 Insider Preview builds of the same edition.

As Aul hinted it would, the Windows Feedback app, which is included in the released version of Windows 10, has gained new Windows Insider features. Windows 10 testers have a bit more control on the feedback they send and view: 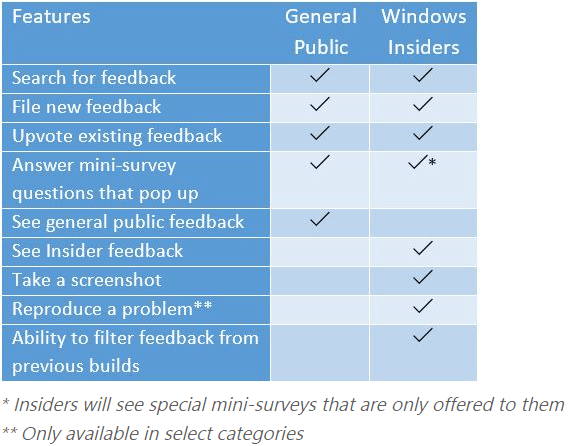 Microsoft has also archived older feedback from before Windows 10 launched (you can view a full history of your feedback under “My feedback” and “Archive”). It’s still stored in the company’s internal engineering tools, but it’s no longer accessible in search.

That’s the bigger picture for the Windows Insider program. As for the new PC build being released today, there are two major highlights.

You can now change the default color for Start, Action Center, Taskbar, and Title bars. The feature is off by default (turn it on by toggling Settings => Personalization => Colors). 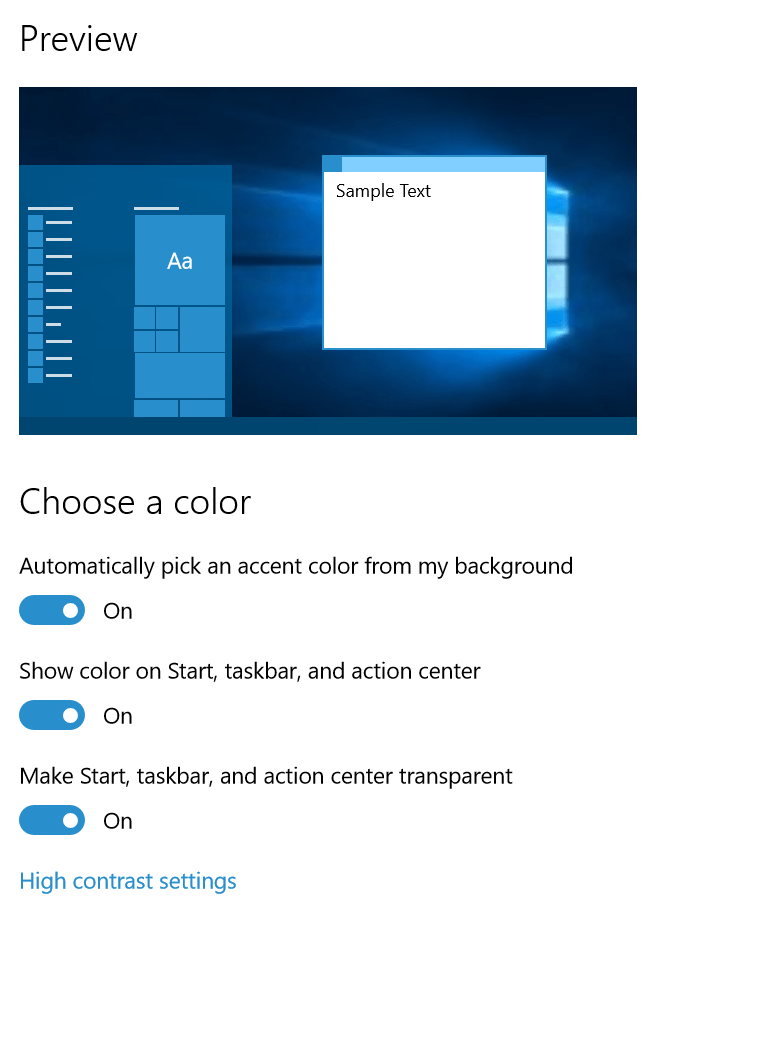 Memory management has improved with a new concept in the Memory Manager called a compression store. Microsoft describes this as an “in-memory collection of compressed pages”: To reduce the amount of memory used per process, unused pages are compressed instead of written to disk.

Windows 10 can thus maintain more applications in physical memory and offer better responsiveness. Because the system process holds the store in memory, its working set grows larger when memory is made available for other processes. You can see this yourself in Task Manager, and this also explains why the System process will appear to be consuming more memory than previous releases.

Today’s update bumps the Windows 10 build number from 10240, made available to testers on July 15, to build 10525. The update should arrive overnight for Windows 10 preview users via Windows Update (your PC has to be plugged in, and be on or sleeping). If you’re OK with the above known issues and want to get build 10525 now, head to PC Settings, select “Update and recovery,” then “Preview builds,” and click the “Check Now” button.