Microsoft today released a new Windows 10 preview for PCs, the second build of 2016. The release adds a new Microsoft Edge feature and fixes a slew of bugs.

The only new feature in this build is a quick history menu in Microsoft Edge. In short, you can now right-click on the back and forward buttons in the browser to quickly see your recently visited websites for the current tab. 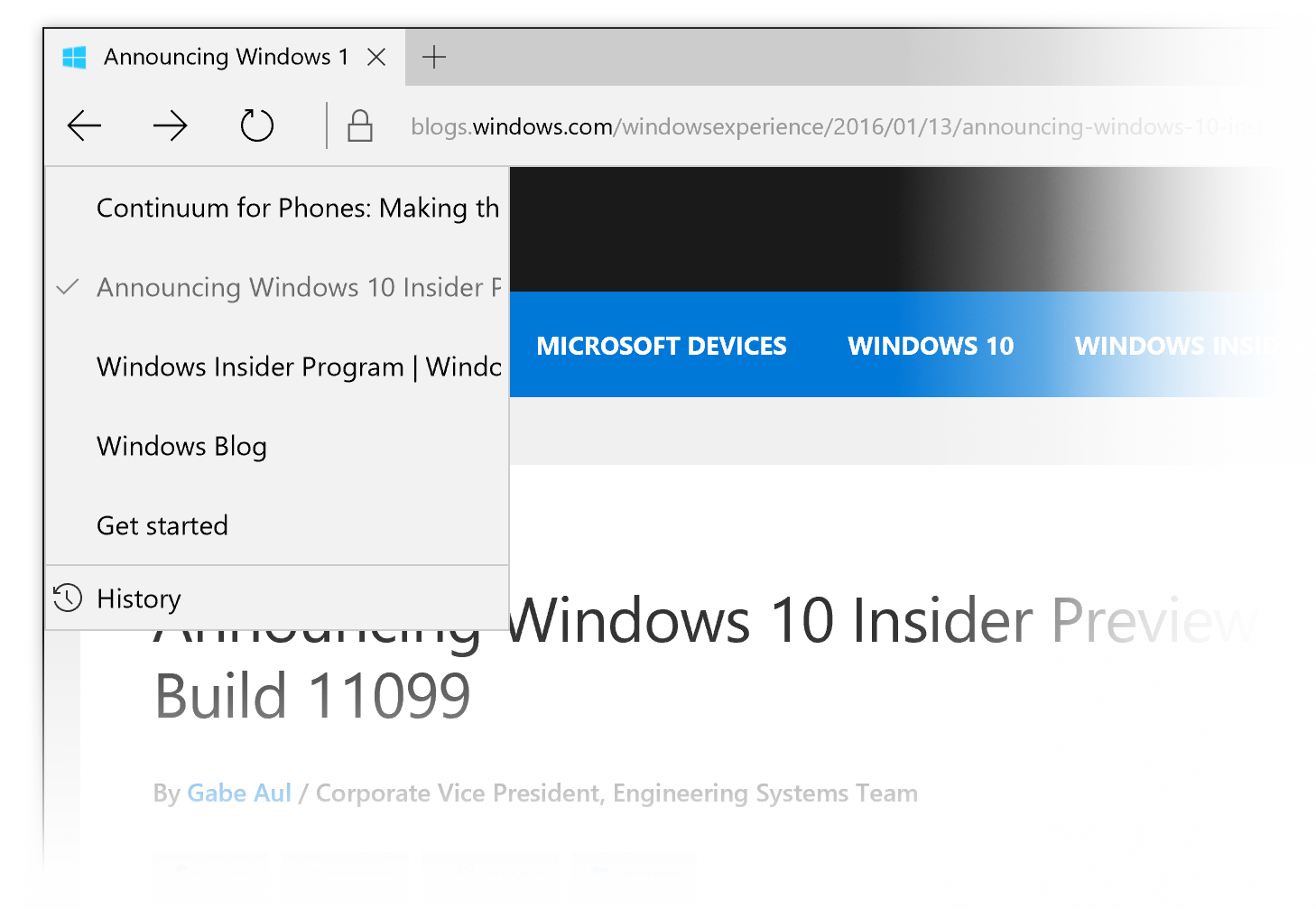 This build has a few known issues, and gamers should pay particular attention to the first one:

Today’s update bumps the Windows 10 build number from 11099, made available to testers on January 13, to build 11102. The update should arrive overnight for testers (your PC has to be plugged in, and be on or sleeping). If you’re OK with the above known issues and want to get build 11102 now, head to PC Settings, select “Update and recovery,” then “Preview builds,” and click the “Check Now” button.

Microsoft promised to release new builds to testers more frequently in 2016, and so far it is delivering: two builds in just over a week.