Microsoft today released a new Windows 10 preview for PCs and phones. This is the second build reflecting the Windows 10 Anniversary Update coming this summer; the first one arrived earlier this month.

Before we dive into the features, it’s worth noting that Microsoft says “there isn’t a lot new for Mobile.” That’s because the last Windows 10 Mobile build arrived just two days ago.

First up, this build includes the new Windows Ink experience. Windows Ink is Microsoft’s latest attempt to let you to write on your device as you do on paper. Windows Ink is integrated into apps like Maps, Microsoft Edge, and Office.

Next, Microsoft has made improvements to the Start menu. The Most used apps list and the All apps list have been merged into a single view. You can now access all your apps with one click on the Start menu. Power, Settings, and File Explorer are now always visible in the left rail. The Recently added section will now show three entries instead of just one, and can be expanded to see the entire list of new apps. Any additional folders you have chosen to appear on Start (Settings => Personalization => Start) will no longer be hidden behind the hamburger button.

For the Start screen on tablets, Microsoft has brought back the full-screen All Apps list, per requests from testers. You can now toggle between your pinned tiles and All Apps list on the Start screen directly in the left rail. You can also choose to only auto-hide the taskbar in tablet mode (Settings => System => Tablet Mode).

As announced at Build 2016, you can now finally place Cortana on your Lock screen (Cortana’s settings => “Lock screen options” => “Let me use Cortana even when my device is locked”). For sensitive tasks or those that launch applications, Cortana will prompt you to unlock your device.

There are two new types of reminders you can set in Cortana. You can now create a photo reminder in Cortana by taking a picture of something you want to be reminded about, and set reminders on content from UWP apps that utilize the share contract in Windows.

Cortana is now also easier to start using. Without any set up or sign-in, you can ask her simple questions, conduct a web search, have her tell you a joke, or search documents on your device.

Speaking of search, you can now quickly search your files whether they are on your PC or your personal OneDrive in the cloud. Just search for something you need and click one of the search filters (documents, photos, music, or videos) and it will show you content from your OneDrive.

The Action Center icon has moved to the far corner of the taskbar, and it displays the number of notifications you have missed. There’s also now a subtle animation to the icon that shows the sender app’s logo whenever you receive notifications that do not show a toast.

Furthermore, individual app notifications in Action Center no longer show the app icon repeated for each notification, there are more Cortana notifications to ensure you don’t miss anything important, and you can now add, remove, and rearrange the Quick Actions that show up (Settings => System => Notifications & actions). The Wi-Fi Quick Action now directly takes you to the “View Available Network” flyout instead of turning your Wi-Fi on or off.

The taskbar clock now integrates with the Calendar app. If you click on an event in the flyout, it will redirect you to that event’s details in the Calendar app, and you can add a new event by clicking the “+” button. You can also manage multiple playback devices from the Taskbar: The volume flyout has been updated to allow you to switch between multiple audio output devices.

Speaking of the taskbar clock, it can now be set up on all monitors. This was specifically requested by the gaming community, Microsoft said.

You will now see badges (lightweight notifications that are contextual and specific to individual apps) appear on the taskbar. The Mail apps badge shows you the number of unseen emails (not unread), the Alarms & Clock app’s badge shows you that you have an active alarm, and the Weather app’s badge lets you know when there is a weather alert in the area.

Taskbar settings have been moved to the Settings app, and are now discoverable by searching with Cortana.

Speaking of the settings app, it has gained icons for individual settings pages, the ability to reset an app if it gets into a bad state, and a separate page for the Windows Insider Program. Also, the Pen settings page has been updated to include the ability to adjust your pen shortcuts, a new option to ignore touch input when using the pen, and Windows Ink Workspace settings. 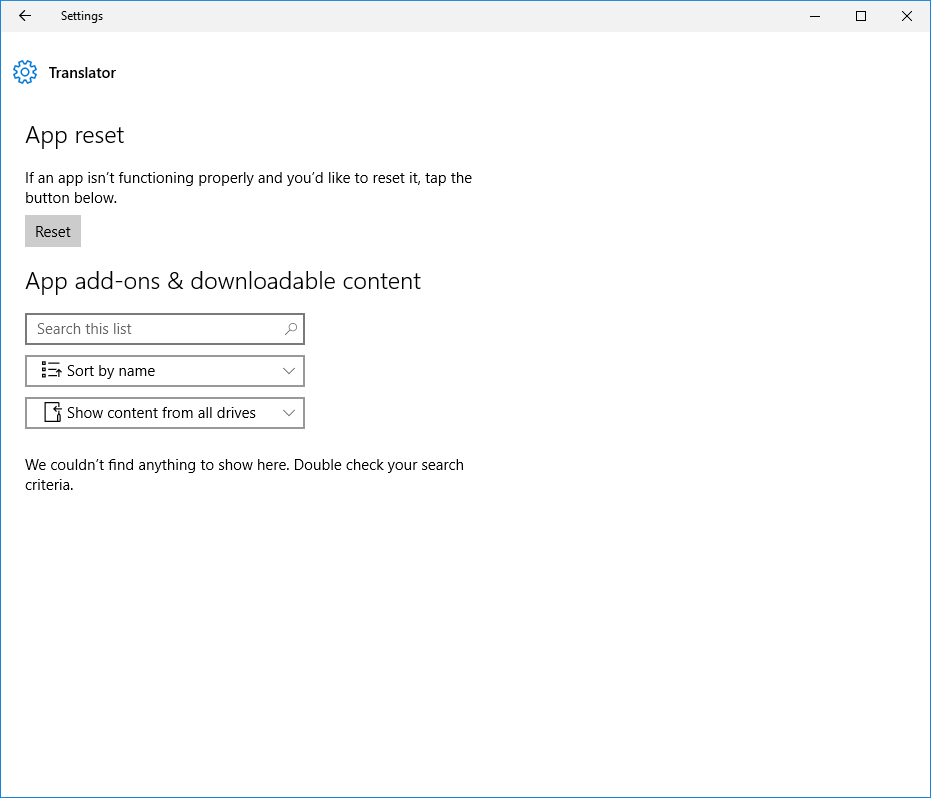 Virtual desktop users can now switch quickly between desktops by swiping four fingers left or right on their touchpad. If you want to refer to two adjacent desktops, you can keep your fingers down and drag back and forth.

The lock screen has received two improvements: email addresses are now hidden by default (you can change this in Settings => Accounts => Sign-in options => Privacy), and media controls are now embedded at the bottom right corner, along with a picture of the album art from the song currently playing.

Last but not least, there are two visual changes worth noting.

The credential and UAC dialog boxes have received a refresh:

Microsoft is aware of 15 issues in this build on PC:

Today’s update bumps the Windows 10 build number from 14316 for PC (made available to testers on April 6) to build 14328. Because this is such a big release, Microsoft is holding a “Bug Bash” next week. For testers, that means Quests inside the Feedback Hub that will highlight different areas of the product each day.