Microsoft today released a new Windows 10 preview for PCs with a ridiculously long list of improvements. This is the first new build of 2017 and shows what’s coming in the company’s Windows 10 Creators Update, which is slated for release in “early 2017.”

Here’s a quick rundown of this build that Microsoft sent over:

Cortana now offers suggested commands as you type app names — clicking a particular suggestion launches the app with that command. If you know the command, you can of course just say it to Cortana. Time-based reminders can now be set for “Every Month” and “Every Year.” Lastly, the the keyboard shortcut to invoke Cortana in listening mode is changing to WIN + C (it’s off by default, so you have to enable it in Cortana’s settings).

Edge now has a tab preview bar that gives you a visual preview of every tab you have open without leaving your page. It also lets you set tabs aside to give you a clean slate. Edge finally also has a proper Jump List in the Taskbar, for launching a new window or InPrivate window. Stability has been improved thanks to a new UWP architecture and Flash click-to-run (untrusted content is now blocked by default). Last but not least, Edge now has preview support for the Payment Request API. 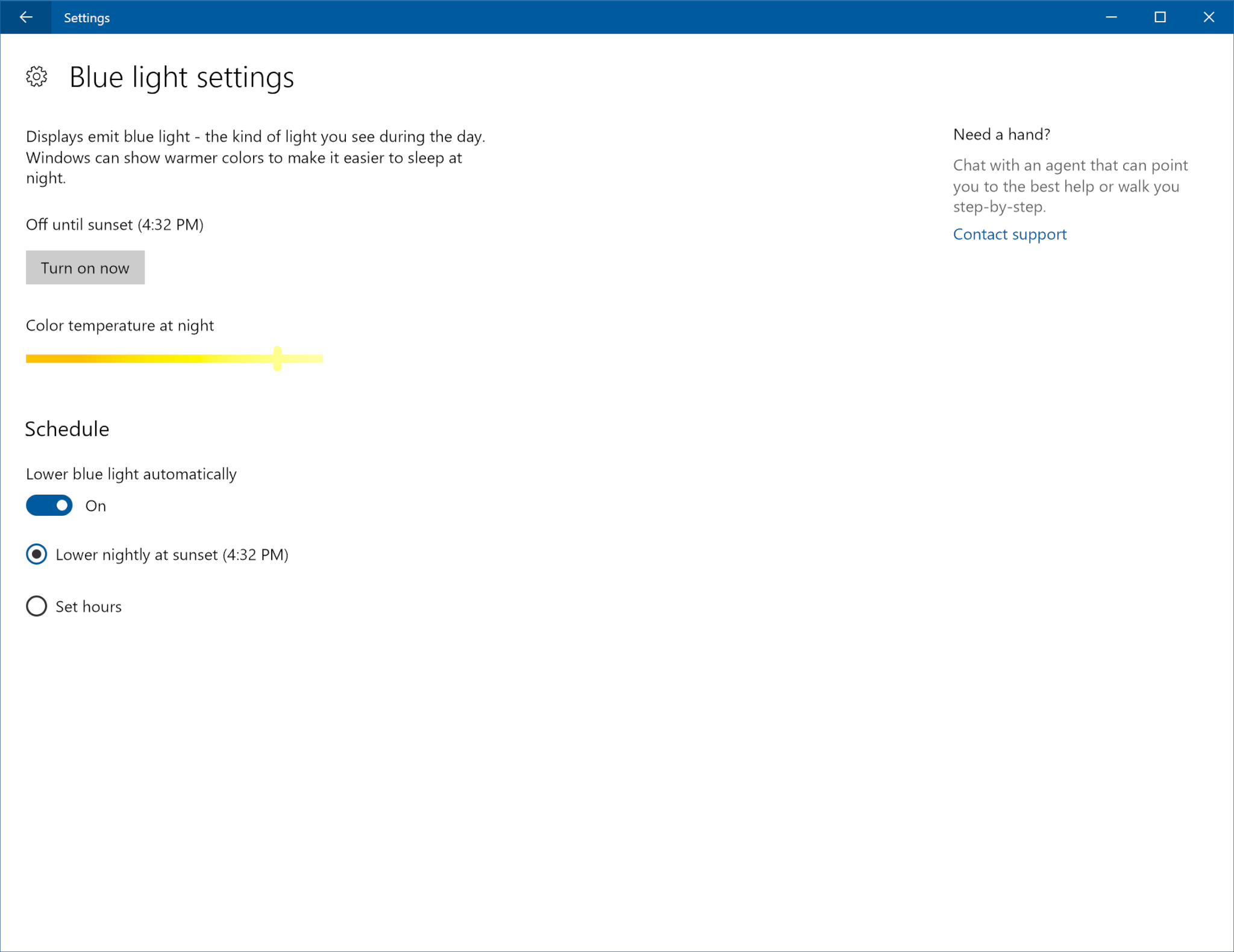 Windows can now automatically lower the amount of blue light emitted from your PC at night (Settings => System => Display). There are settings to use a local sunset and sunrise, or even a custom schedule, as well as quickly override the schedule (Settings => Notifications & actions).

@mahoekst so on a hunch I tried to force a bug check and well, yeah… pic.twitter.com/iKeDPT5wu6

After this build leaked late last year, there was a lot of commotion around the fact that the Blue Screen of Death (BSOD) had been changed to green. Given the history of the BSOD, and that green is associated with “go” and “good,” there were many who were quite upset at the change. Microsoft has now clarified that released versions of Windows 10 will continue to have the classic blue color. The green is simply there to distinguish when Windows Insider builds crash.

This build has 18 known issues:

If you’re OK with the above and want to get build 15002 now, head to PC Settings, select “Update and recovery,” then “Preview builds,” and then click the “Check Now” button.