Microsoft today released a new Windows 10 preview with the ability to uninstall more preinstalled apps, as well as improvements to the Task Manager, Troubleshooting, and Narrator. This build is from the 19H1 branch, which will arrive in the first half of next year.

I personally use the Calculator and Voice Recorder fairly regularly, but the rest can go. You can uninstall them via the context menu on the Start menu All Apps list. 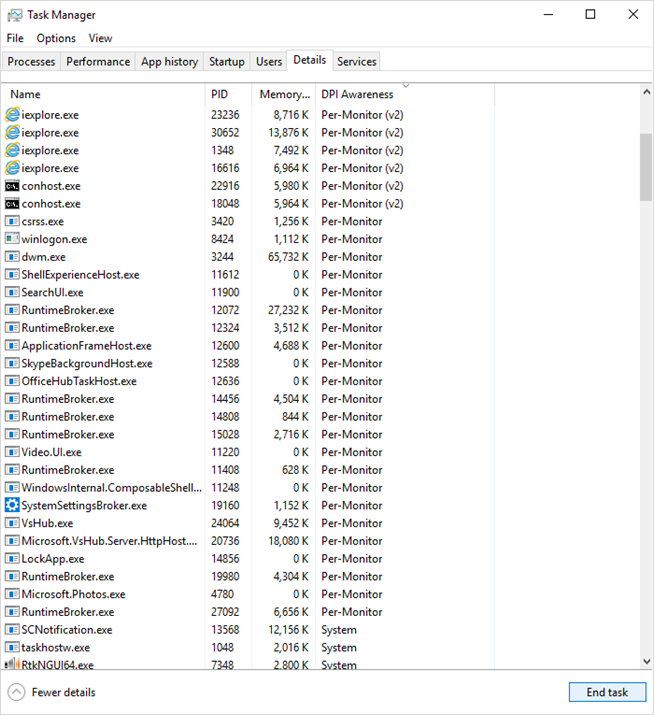 The Task Manager has gained a new optional column in the Details tab of Task Manager: DPI Awareness (add it by right-clicking on any of the column headers and choosing Select Columns). As you might expect, it will show you which running apps are DPI-aware.

Next, Windows 10 has gained a new recommended troubleshooting setting (Settings => Update & Security => Troubleshoot). The feature uses diagnostic data you send to deliver a tailored set of fixes that match problems Microsoft detects on your device. Previously, you had to find the right troubleshooter and manually walk through all the different steps to resolve the issue.