Microsoft today released a new Windows 10 preview for PCs with the ability to send links from your Android phone to your PC, as well as Cortana, reboot, input, Edge, and gaming improvements. This is the eighth build of the upcoming Windows 10 Fall Creators Update, which is slated to arrive later this year (likely in September). 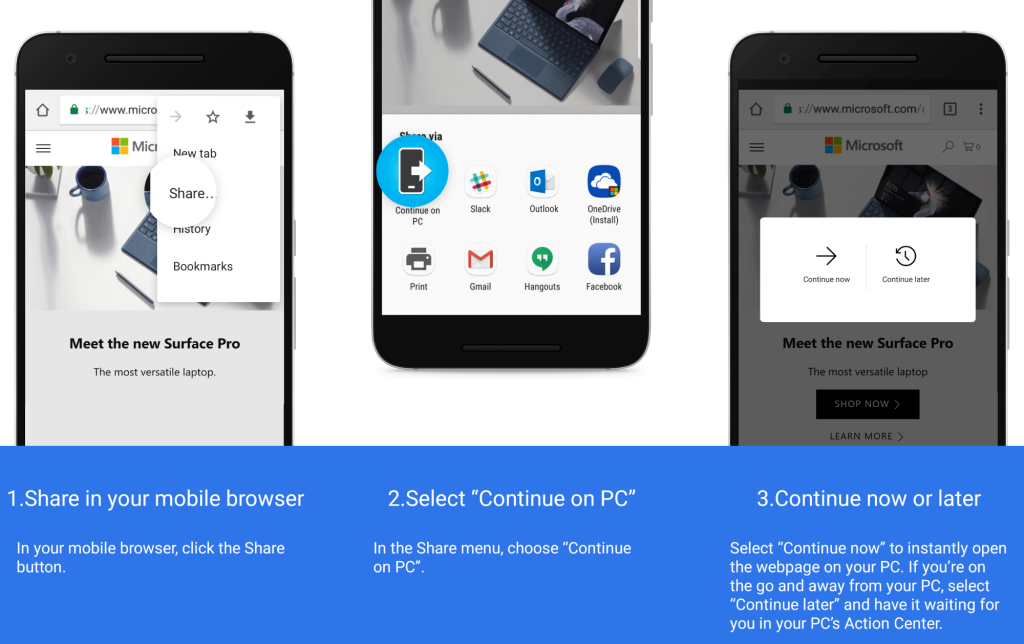 The biggest addition is undoubtedly the ability to link your Android phone to your PC (iPhone support is coming “very soon”). This build focuses on cross-device web-browsing, meaning you can share the site that you’re browsing on your phone to your PC. To enable the feature, go to Settings => Phone and link your phone. You will receive an SMS directing you to install a test application called “Microsoft Apps.”

On your phone, when you are visiting a website you want to view on your PC, simply hit the share option and pick the “Continue on PC” option. You’ll need to sign in with your Microsoft Account (you have to use the same account you are using on your PC). Then pick “Continue now” (the website will open on the linked PC) or “Continue later” (the website will show up in the Action Center). 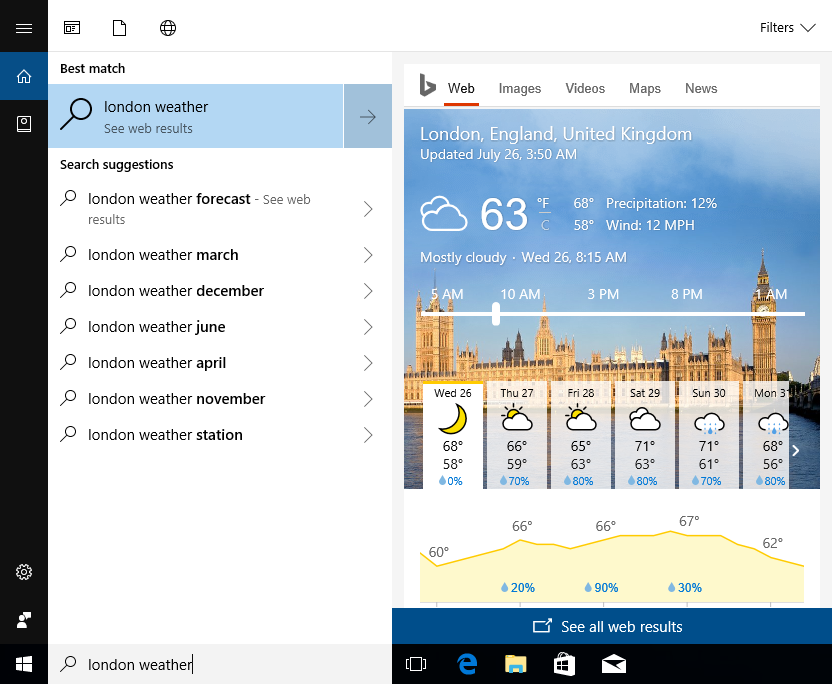 Next up, Cortana now shows you web search results without launching the browser. For some questions, the Cortana pane will expand automatically, quickly showing you exactly what you need to know. So far, it works with movies, celebrities, stock prices, weather, flight status, and whatever else Cortana has a quick answer for (remember, Cortana is powered by Bing). If Cortana doesn’t have a quick answer for your query, the pane won’t automatically expand.

Speaking of Cortana, the assistant now has voice commands to lock, sign out, shutdown, or turn off your PC. The available commands are as follows (this feature is only available in English for now):

The part I’m most excited about in this build is the improvements to the boot up sequence. The advanced Windows Update feature that uses your sign-in info to automatically finish setting up your device after an update has been extended to regular reboots and shutdowns. When you log in and initiate a reboot or a shutdown, Windows will automatically set up your account after it has booted back up. This means a faster sign-in and automatically launching any application that has registered for application restart. You can, of course, disable this functionality under the Privacy section of the Sign-in options page in Settings.

Edge no longer rescales sites when in Tablet Mode when in a snapped view or portrait orientation. Aside from that, the browser also received numerous reliability fixes, PDF viewing fixes, and Pinned Sites fixes.

As for gaming improvements, Microsoft is testing enabling Game Mode by default for some games. Only some users will get this experience, and the company didn’t specify how many users or which games.

Today’s update bumps the Windows 10 build number for PCs from 16241 (made available to testers on July 13) to build 16251. This build has six known issues, so make sure to check those before updating.