Microsoft today released a new Windows 10 preview for PCs and phones, with a big focus on Microsoft Edge. The company’s new browser has finally received extension support, but only on PCs.

Extension support is arguably the most important feature missing from Microsoft’s new browser. Support for extensions was supposed to arrive by the end of 2015, but the feature was delayed until this year. Microsoft didn’t say how long it plans to let testers play with it before releasing the functionality to all Windows 10 users.

All extensions will be vetted, delivered, and managed through the Windows Store. In the preview build, though, extensions need to be sideloaded manually. To try out an extension in the new build, just click on “More” in the top right corner of Edge, click “Extensions,” and then “Get extensions.”

Developers can manually load extensions into Edge by following these steps:

Only a select few extensions have been validated by Microsoft as compatible with this build. The first three Edge extensions that testers will get to try are Mouse Gestures, Microsoft Translator, and Reddit Enhancement Suite.

Microsoft promises that more extensions are on the way, but didn’t say anything about timing, other than: “We’re continuing to work with a group of co-development partners on the first extensions that will be available in the Windows Store later this year.” The company did, however, name a handful of partners: AdBlock, Adblock Plus, Amazon, LastPass, and Evernote.

Also new in this build, Edge now lets you pin tabs so they always launch with the browser. Just right-click on the tab and choose “Pin tab” or “Unpin tab.” Pinned tabs always appear at the start of the tab row, only show the site’s favicon, and don’t have a close button. 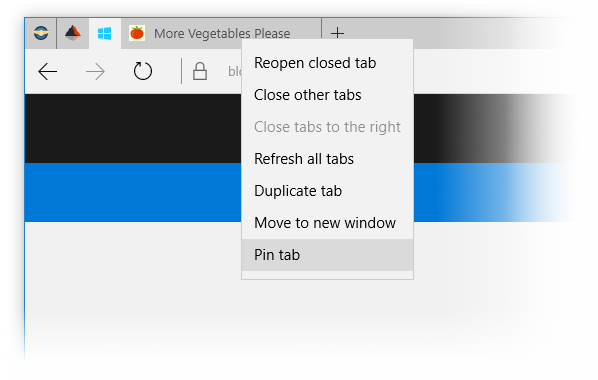 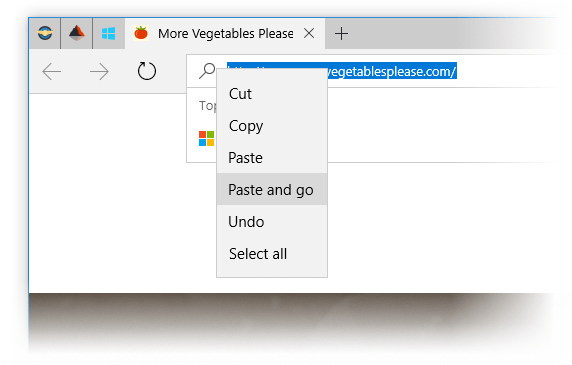 Lastly, Edge on your mobile device has gained a small change. The “X” button is slightly bigger on the Tabs page so you can quickly close a bunch of open tabs.

Edge aside, this build also brings an updated Maps app and an updated Alarms & Clock app. 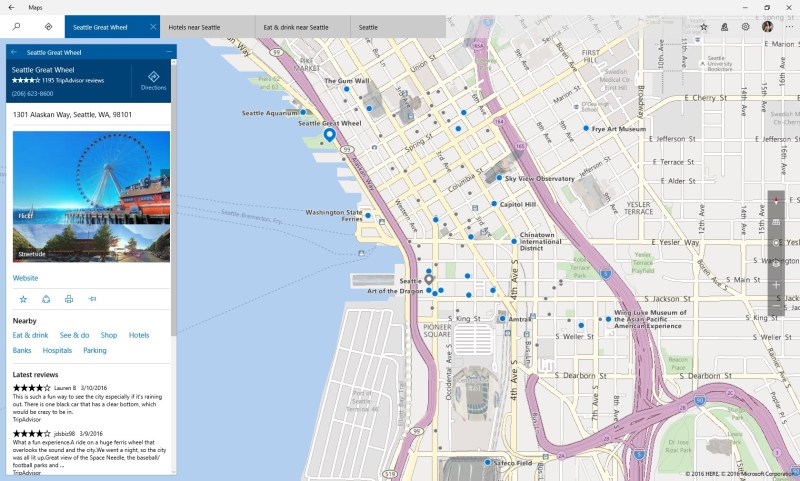 First, here’s the changelog for Maps:

The Alarm & Clock app now has an inline time picker. The design for creating and editing alarms and timers has also been improved. 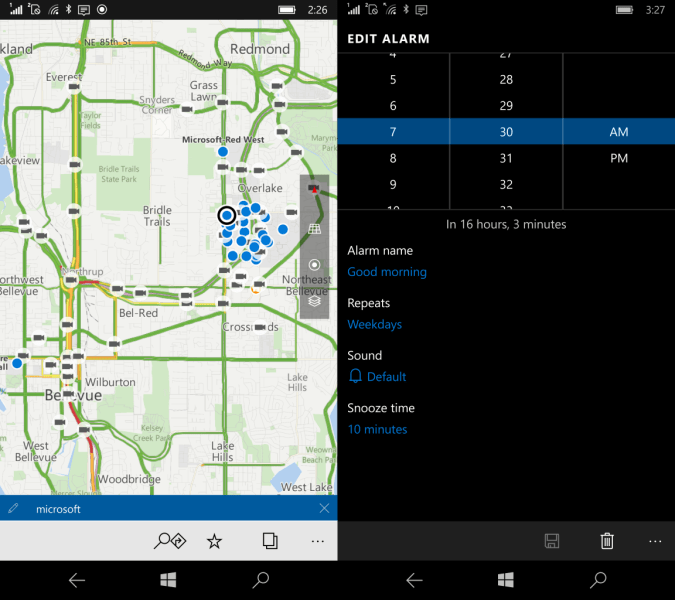 Last, but not least, Japanese users will be happy to know they can now use a one-handed kana touch keyboard and a lined-mode Text Input Canvas. The former lets you type text as you would on your mobile device (the one-handed keyboard is also smaller, so it doesn’t hide as much and can be put anywhere on the desktop). The latter lets you input Japanese text and even edit the written characters with a pen.

Microsoft is aware of five issues in this build on PC:

And four issues on mobile:

As you can see, it’s a large update, especially for PC users. But Microsoft is simply setting the groundwork for Edge extensions, which we’re sure to learn even more about later this month with Build 2016.