Microsoft today released a new preview for PCs with improvements to Edge, Notepad, Remote Desktop, Sign-in, Windows Defender Application Guard, and Inking. This build is from the RS5 branch, which represents the Windows 10 update the company plans to release later this year. 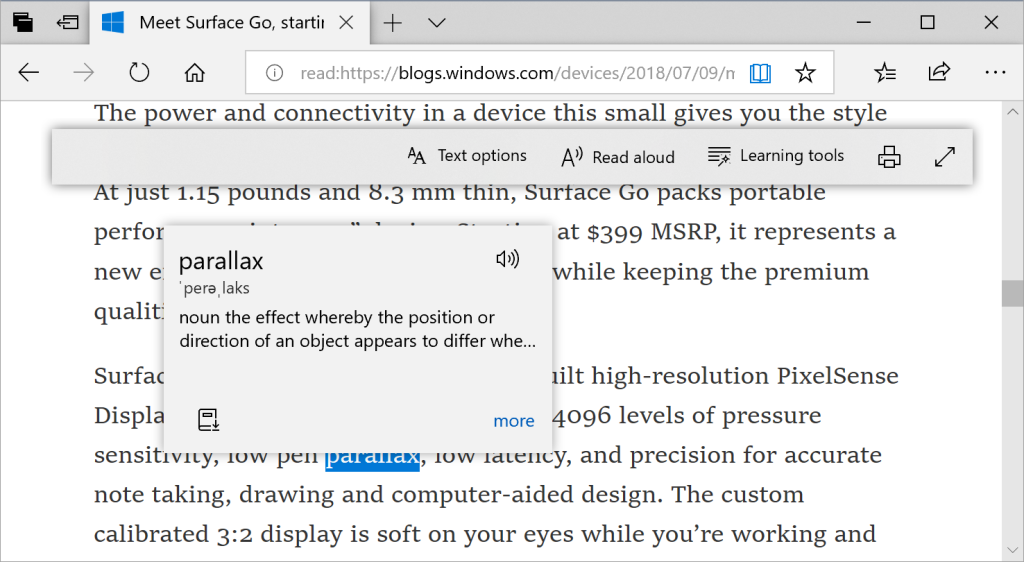 Edge has received per-site media autoplay controls, which means you can now control autoplay permissions on a per-site basis by clicking the information icon or lock icon on the left side of the address bar and hitting “manage permissions.” There’s also a new dictionary function, so you can look up definitions when reading a webpage or document by simply selecting a single word, or even have the word read aloud to you to hear the correct pronunciation. Edge’s PDF Reader has gained improved toolbar options, the ability to pin or unpin the toolbar, and rendering performance fixes.

Notepad has gained find/replace improvements: an option to do wrap-around find/replace, remembering previously entered values/state of checkboxes, and automatically populating the find dialog with text selected. Notepad now also has options for zooming text (View => Zoom, or use Ctrl + Plus, Ctrl + Minus, and Ctrl + MouseWheel). Additionally, you can now see line and column numbers when word-wrap is enabled, performance has been improved when opening large files, and Ctrl + Backspace now deletes the previous word. As for bug fixes, the arrow keys now correctly unselect text first and then move the cursor, saving a file in Notepad no longer resets the line and column numbers to 1, and display lines that don’t fit entirely on the screen are properly displayed. Azure Active Directory and Active Directory users using Windows Hello for Business can now use biometrics to authenticate a remote desktop session. Just bring up Remote Desktop Connection (mstsc.exe), type the name of the computer to which you want to connect, click Connect, and if you signed in using Windows Hello for Business, you’ll be given the option to use it again (click “More choices” to choose alternate credentials).

Web Sign-in is a new way of signing into your Windows PC. Until now, Windows logon only supported the use of identities federated to ADFS or other providers that support the WS-Fed protocol. To try out Web Sign-in, Azure AD Join your Windows 10 PC, set the CSP/Authentication/EnableWebSignIn policy, select Web Sign-in under Sign-in options on the lock screen, and click the “Sign in” button.

Speaking of signing in, Microsoft has also introduced Fast Sign-in, which enables users to sign into a shared Windows 10 PC faster than ever before. To try it, set up a shared or guest PC with Windows 10, set the CSP/Authentication/EnableFastFirstSignIn policy, and sign into the PC with your account. 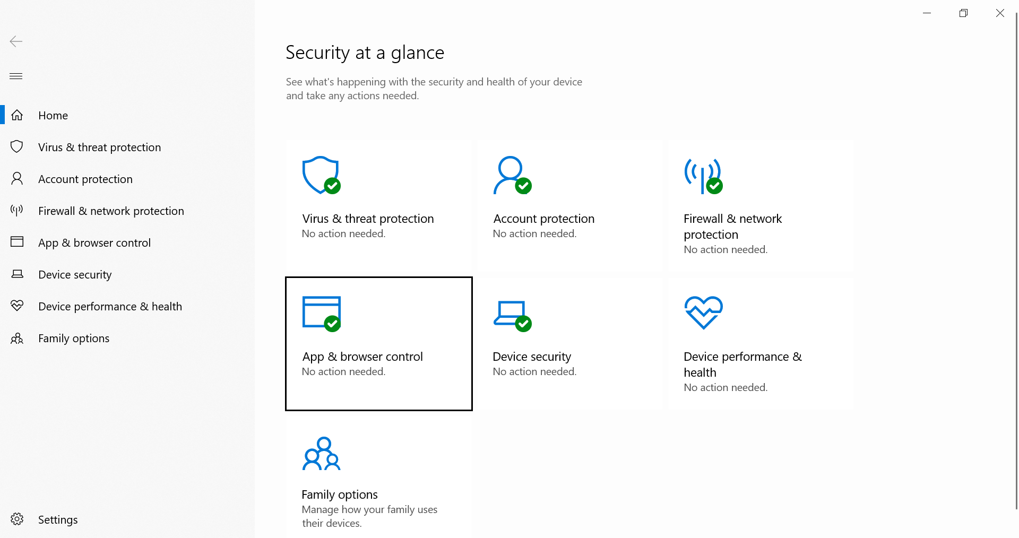 Windows Defender Application Guard has a new user interface inside Windows Security that lets standalone users install and configure their settings without having to change Registry keys, while users who are managed by enterprise policies can check their settings to see what their administrators have configured for their machines.

The embedded handwriting panel, first introduced with the Windows 10 April 2018 Update and refined in the RS5 branch, has become the default experience for text entry with a pen in modern applications. Just tap a text area, and it will expand to give you a comfortable area in which to write.

This build has 19 known issues: