Microsoft today released a new Windows 10 preview for PCs, bringing new features as well as various improvements. This build is part of the RS4 branch, which represents the next Windows 10 update the company has yet to announce (but we already know a little about).

The biggest two additions in this build are Sets and Timeline. The former was only announced late last month, while the latter was first shown off in May. 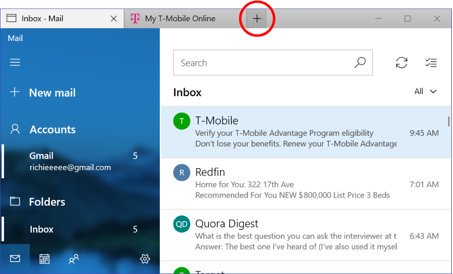 Sets, which isn’t necessarily its final name, introduces tabs in various apps. The idea is that you should be able to open new tabs in a given window for whatever you’re working on: relevant webpages, research documents, necessary files, and so on. This completely flips the idea of “windows” in Windows on its head, as one app’s window can be used to open tabs that have other apps. Microsoft is starting with Mail & Calendar, OneNote, and Edge apps, but is introducing Sets as a controlled study, so not all Insiders will see the feature right away.

Timeline lets you jump back in time to find what you were working on. It means you can close apps without worrying you won’t remember which files and the exact setup you had open. Timeline lets you resume past activities you started on the PC you’re currently using, other Windows PCs, and even Android or iOS devices. Cortana can also suggest activities you might want to resume as you switch between your phone, laptop, and other Cortana-enabled devices.

Microsoft sees Timeline as an evolution of Task View, as it allows you to switch between currently running apps and past activities. The default view of Timeline shows snapshots of the most relevant activities from earlier in the day or a specific past date, and the annotated scrollbar lets you get back to past activities.

To try the feature, use your PC as normally for a bit, and then select the new Task view icon in the taskbar (or hit the Windows logo key + Tab). Below your running apps, you’ll see past activities in Timeline. You can see all the activities that happened in a single day (select “See all” next to the date header), organized by hour. If you can’t find it that way, you can also search for it. 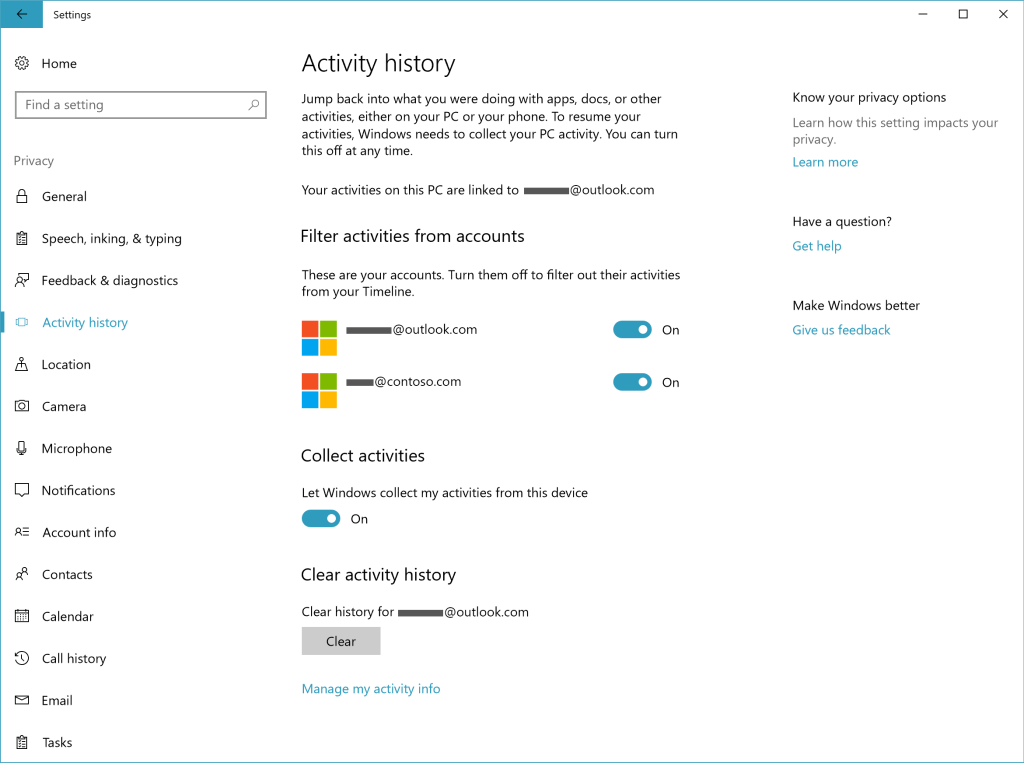 Timeline introduces a new concept in Windows: An activity is the combination of an app (first party or third party), a piece of content (webpage, document, article, playlist, or task), and a time. First-party apps that support Timeline include Edge, Word, Excel, PowerPoint, OneNote, Maps, News, Money, Sports, and Weather. Microsoft is also asking developers to enhance their third-party apps by creating high-quality activity cards to appear in Timeline. The new activity history settings page (shown above) allows you to control which accounts appear in Timeline, disable activity collection, and clear your activity history. 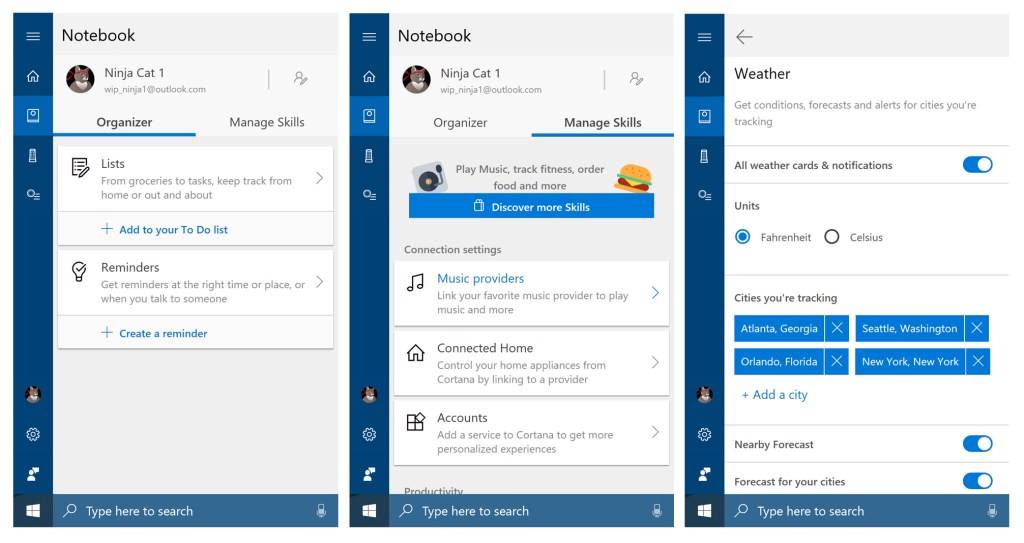 Cortana has received a revamped Notebook, a new Organizer section for accessing lists and reminders, a Skills area, a simplified configuration experience, merged collections with lists, Spotify music playback, and a tabbed view. If you don’t see this new version, don’t fret — it’s a server side change currently rolling out for those using English (United States) and will be rolled out to other markets in time.

This Windows 10 preview also brings improvements to the shell, My People, settings, Windows Defender, Windows Subsystem for Linux, and input. There’s a ton of them, too many to list, but there’s also a removal worth noting: HomeGroup is going away.