Microsoft today released a new Windows 10 preview for PCs with shell, gaming, Task Manager, mixed reality, and delivery optimization improvements. This is the seventh build of the upcoming Windows 10 Fall Creators Update, which is slated to arrive later this year (likely in September).

First up, if you’re using an Azure AD Premium Microsoft account, you can now reset your password and PIN straight from the lock screen. Just click the “Reset password or “I forgot my PIN” link and you’ll be prompted to go through the appropriate process, after which you will be returned to the login screen where you can use your new credentials. 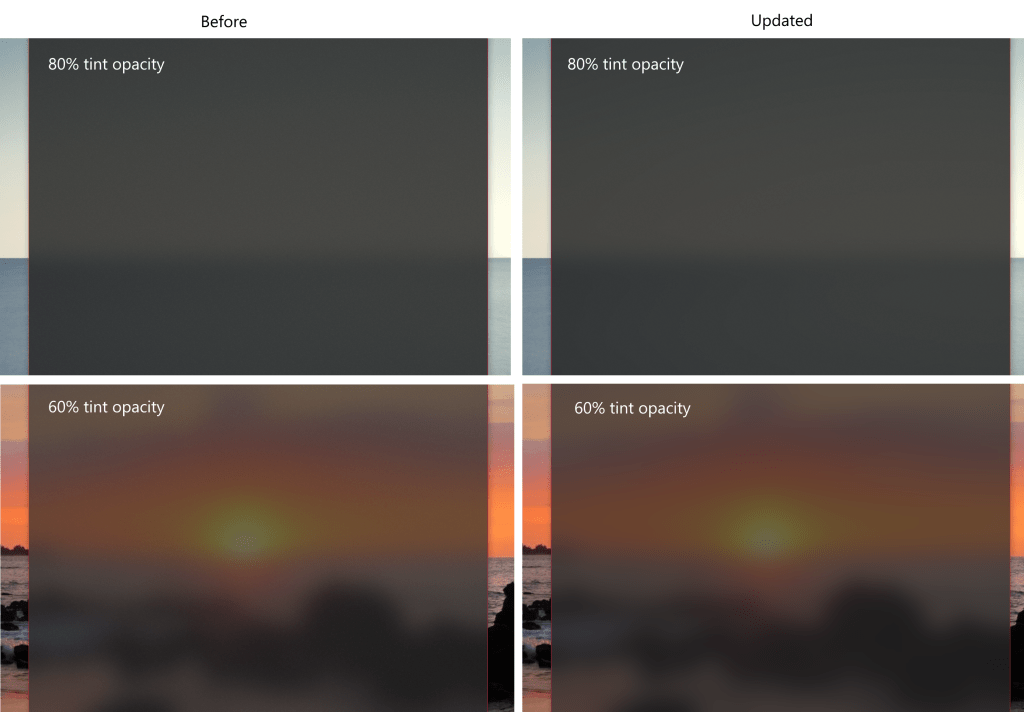 The noise layer of Acrylic Material has been softened, as you can see above. This change will be visible in any XAML-based UI and apps.

For gaming, Microsoft has fixed two issues. Profile cards in the Xbox Live in-game experience should now work again and the game bar should no longer crash while broadcasting. The Task Manager’s Performance tab has received some changes: The GPU name is now shown on the left-hand side, the multi-engine view (performance monitors shown for the four most active GPU engines) is now the default, there is now a total GPU memory text counter, and the Direct X version now also contains the highest supported DX feature level. Edge’s additional processes are now labeled appropriately (Chakra JIT Compiler, UI Service, Manager, and so on). 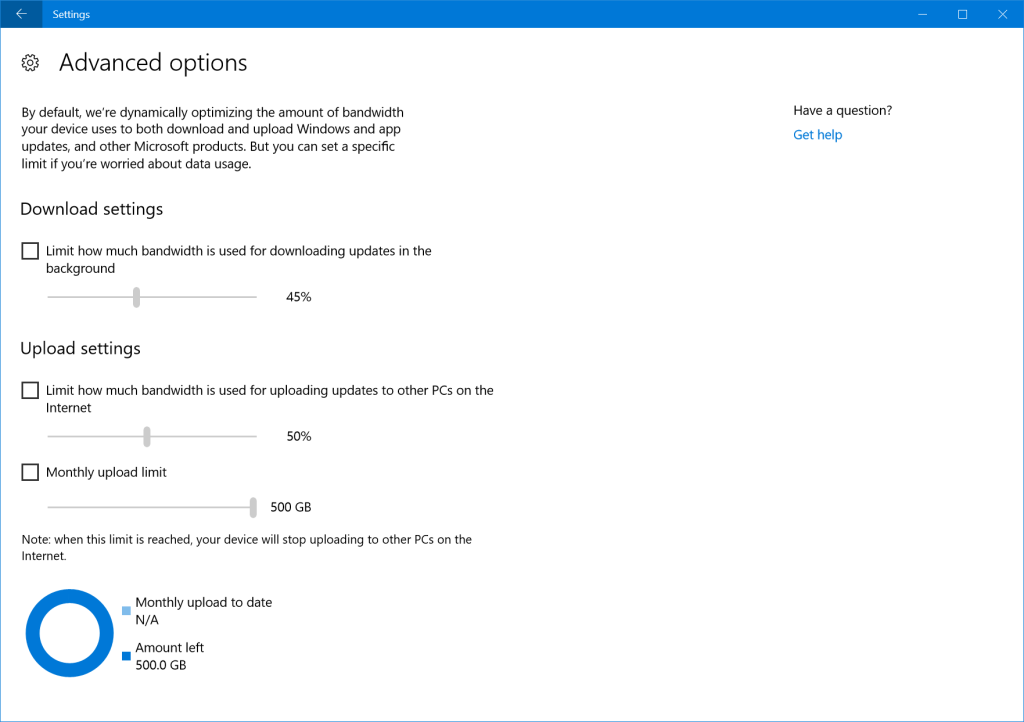 Lastly, Microsoft has added two new settings for Delivery Optimization, which is responsible for downloading apps and updates. The Advanced Options section lets you configure various Download and Upload settings (shown above) while Activity Monitor shows you the overall bandwidth used.

Today’s update bumps the Windows 10 build number for PCs from 16237 (made available to testers on July 7) to build 16241. This build has eight known issues, so make sure to check those before updating.