Microsoft today released a new preview for PCs with Your Phone app and improvements to Narrator. This build is from the RS5 branch, which represents the Windows 10 update the company plans to release later this year. The company is also releasing builds from the 19H1 branch, which, as its name indicates, will arrive in the first half of next year. 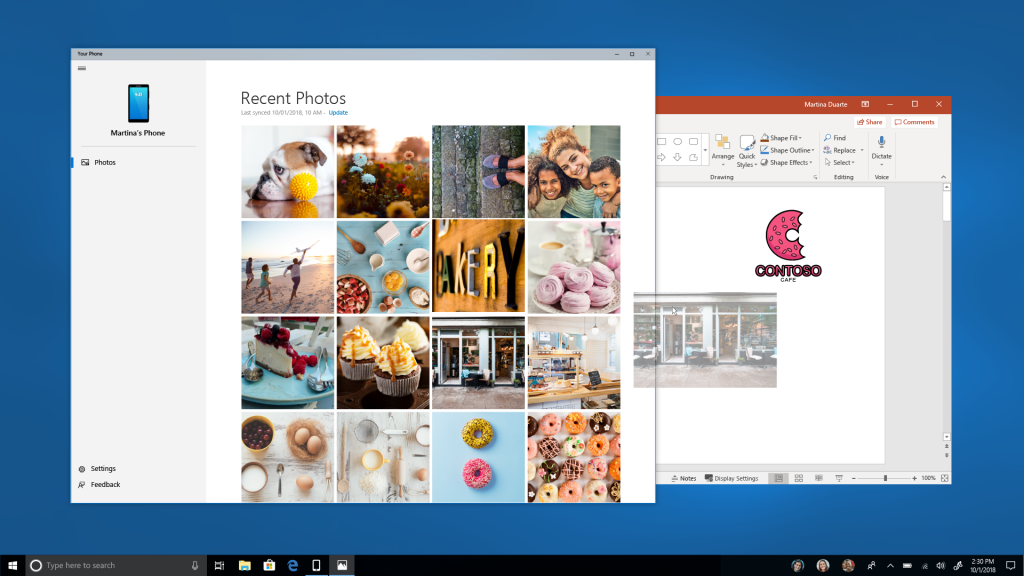 The biggest addition in this build is the new Your Phone app, first announced at Microsoft’s Build 2018 developer conference in May. As its name implies, Your Phone’s main purpose is to let you access your phone’s content — like text messages, photos, and notifications — right on your Windows 10 PC.

Your Phone is only going to work with Android devices at first. You’ll be able to snap a picture on your Android phone and see it on your PC — no manual emailing, sending, messaging, uploading, or download required. Your Phone automatically syncs your Android’s most recent photos and lets you drag and drop the ones you need.

In the coming weeks, Windows Insider and Android users will see a desktop pin that takes them directly to the Your Phone app. After you download the app to your mobile phone and follow the setup prompts (Android 7.0 and above required, China is excluded), you will get quicker access to your phone’s content.