Microsoft today launched a preview of plugin-free Skype calls in Microsoft Edge. The new functionality works anywhere you can use Skype in the browser: Skype for Web, Outlook.com, Office Online, and OneDrive. Both voice and video calls are supported, including one-to-one and group sessions. A Microsoft spokesperson says the preview is rolling out gradually and should be complete by the end of April.

Skype for Web beta first arrived in November 2014, and it launched out of beta in June 2015. This preview is possible because Edge last year gained support for the Object Real-Time Communications (ORTC) API. Since at least October 2014, Microsoft has been planning to bring voice and video calling to its browser without the need for plugins. Originally, that meant in Internet Explorer, but after Edge launched, it made sense to go with the company’s new browser. 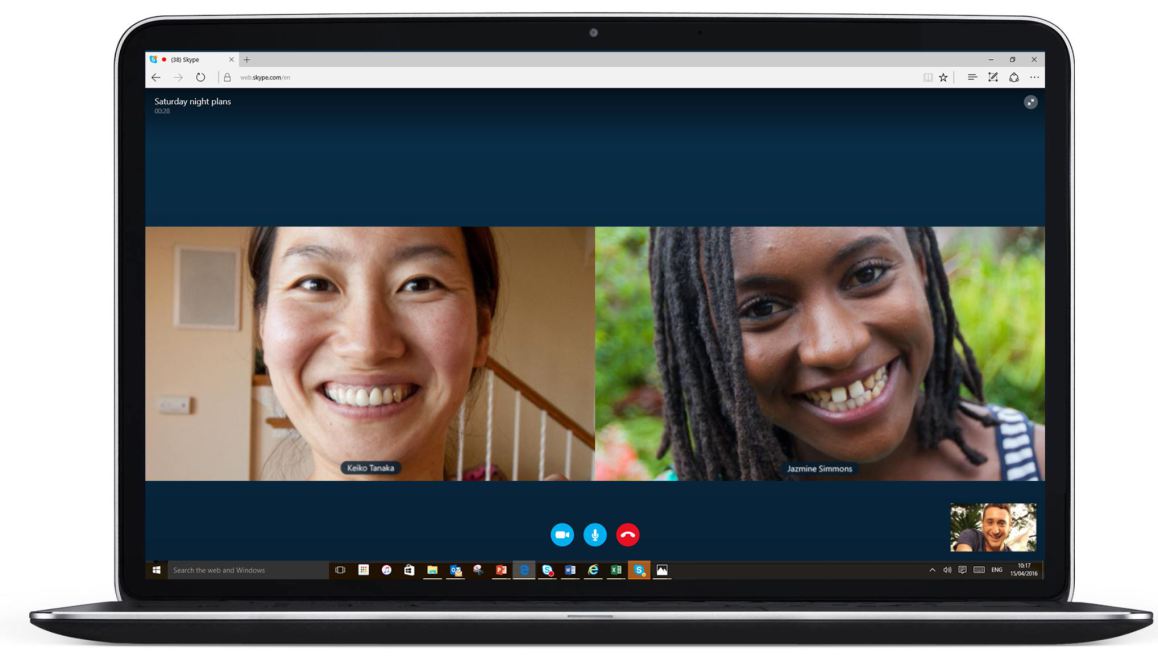 This means that when you’re using Microsoft Edge and want to use Skype, you no longer have to download anything or install a plugin. More specifically, here are the scenarios that work:

But again, this is just a preview (Microsoft wouldn’t say how long it expects to test the feature before taking off that label). The Edge and Skype teams apparently worked together to achieve this, which explains why Microsoft is supporting its own browser first. The company did hint, however, that support will be expanding to more scenarios (meaning other browsers and platforms). In terms of Chrome and Firefox, Microsoft is waiting till they both support the H.264 video codec.

We’ll keep you posted as the feature moves out of preview and starts to work more broadly with other browsers.