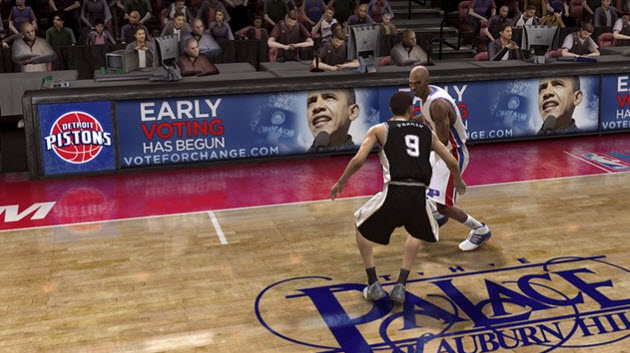 J.J. Richards, general manager of Microsoft’s Massive in-game ad business, said in a blog post today that his business saw a double-digit growth in its most recent fiscal year, and that Massive exceeded its sales targets by more than 100 percent just one month into the first fiscal quarter. Those comments are consistent with optimistic projections at NeoEdge, which recently raised $4 million for its casual downloadable in-game ad business.

Massive operates an ad network that lets advertisers use its platform to insert ads into things such as billboards, signs, and other objects in video games. These ads are dynamic, meaning an Internet-connected game can display a different ad every time a player passes by a billboard or other ad object in a game. Massive has booked its 1,000th campaign since selling its first ad four years ago.

While Massive’s business may be improving, the company enjoys advantages over its rivals. Microsoft bought Massive in 2006 at the height of a hype cycle around in-game ads. So Massive was already part of a stronger company as the recession dealt a big blow to ad-based businesses starting last fall. Other rivals, such as IGA Worldwide, have had a harder time in the recession. Microsoft laid off 28 percent of its Massive staff in May as the company dealt with the effects of the recession. But Richards said at the time that the businesses was still growing.

The Internet Advertising Bureau reported today that Internet ad revenue fell 5 percent in the first six months of 2009 compared to a year ago. But it noted that other sectors of the traditional advertising business have fallen even more during the same time frame.

Market researcher Screen Digest estimates the global in-game advertising market will reach $1 billion by 2014. The rationale is that people are watching less TV and so advertisers are trying to reach them via new media, including video games. While the recession has hurt game sales, Massive contends people are spending more time playing games. (That means gamers are playing the games they buy for a longer time and are consuming less traditional media). Massive says it can reach 40 million Xbox 360 and PC gamers in 31 countries.

Since 2006 Interpret Research and Nielsen Research have conducted over 80 studies across more than 30 clients’ campaigns in 15 different industries on the Massive network. Using the data collected from this research, Massive says that average brand recommendation scores in 2009 are up 29 percent compared to the 2008 averages. About 72 percent of gamers recall seeing ads for brands in games, an increase in ad recall from a year ago. Massive says that in-game ads are easily measured, now that industry groups have embraced ways to audit the ads. And the average ad rates are in line with cable TV rates for younger demographics.

Do gamers like seeing commercial messages in their games? Richards said that the ads are aimed at adding realism to a game (you won’t see an ad for toothpaste in a fantasy-role playing game).