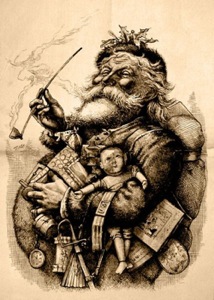 There’s been a ton of speculation about when Microsoft will release Windows 7 — early projections had the new version of the Windows operating system available to consumers sometime in 2010, while ZDNet’s Ed Bott predicted it could ship as soon as July of this year. Today, at Microsoft’s TechEd Conference, Windows Business Senior Vice President Bill Vighe said customers will be able to stuff their stockings with Windows 7 this year, because Microsoft plans to release it in time for the 2009 holiday season.

There’s more information available in this blog post by Microsoft Steven Sinofsky, in which he also announces the availability of the release candidate of Windows 7, which is basically a close-to-final version that Microsoft is “validating . . . against the breadth of the ecosystem and with partners.” At this point, Microsoft won’t be adding any new features for the first release of Windows 7 to consumers. As for a firm release date, there’s no official deadline, because “the quality (in all dimensions) of the product and a smooth finish are the most important criteria for Windows 7.”  At the same time, Sinfosky says: “If we are successful in [meeting our deadlines], then we [are] tracking to our shared goal of having PCs with Windows 7 available this Holiday season.”

It makes sense that Microsoft wants to get this product out there as quickly as possible, given the tremendous backlash against Windows Vista, a backlash fueled in part by the initial absence of that aforementioned quality and smooth finish. But if the economy doesn’t pick up, I could also see consumers and businesses deciding they don’t need to spend the money to upgrade right away, as indicated in a controversial poll of corporate IT departments by Dimension Research.

Here are my observations from the first look at Windows 7 last fall.