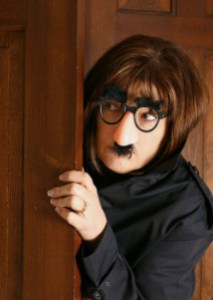 A recently revealed Microsoft patent could create wiretaps for several kinds of Internet communications, including video and voice calls over Skype, which Microsoft acquired in May.

Federal law enforcement agencies have had difficulties tracking and recording criminal and terrorist conversations online. Back in September, it was reported that law enforcement officials wanted to expand the government’s powers to wiretap Internet services. Microsoft’s new technology could help make this a reality.

The spying technology, called “Legal Intercept,” would allow currently existing products to be modified to “cause the communication to be established via a path that includes a recording agent,” according to the filing with the U.S. Patent and Trademark Office. Once a connection is established, the agent is able to “silently record” a conversation.

The filing specifically calls out the ability to record any kind of voice-over-Internet-protocol (VoIP) communications. “VoIP may include audio messages transmitted via gaming systems, instant messaging protocols that transmit audio, Skype and Skype-like applications, meeting software, video conferencing software, and the like,” Microsoft said in the filing.

Microsoft filed for the patent in Dec. 2009, long before it acquired Skype. It’s possible Microsoft simply has this on the books so it could profit from licensing the technology to law enforcement agencies. Alternately, Skype’s purchase could have been a strategic buy to help test and deploy this new technology.

The Federal Trade Commission approved Microsoft’s $8.5 billion Skype purchase earlier this month, which inches it closer to completing the acquisition. Microsoft said it expects to close the deal by the end of the year.

What do you think of this new spying technology? Are you concerned about law enforcement agencies or corporations violating your privacy while you use the web?

Update: The story originally suggested Microsoft had been granted the Legal Intercept patent, but the approval process is still ongoing.