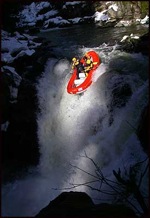 In its earnings for the quarter ending March 31, Microsoft is showing its first year-over-year drop in revenue since the company went public. That’s right, this is its first drop in 23 years.

Redmond, Wash.-based Microsoft said it made $13.65 billion in revenue, a decline of 6 percent from the same period last year. Meanwhile, net income was $2.98 billion and the company earned 33 cents per share, representing drops of 32 percent and 30 percent, respectively. Those numbers fall short of analysts’ predictions of 39 cents per share, and the news comes just a day after Apple easily beat analyst estimates and reported a healthy year-over-year increase. 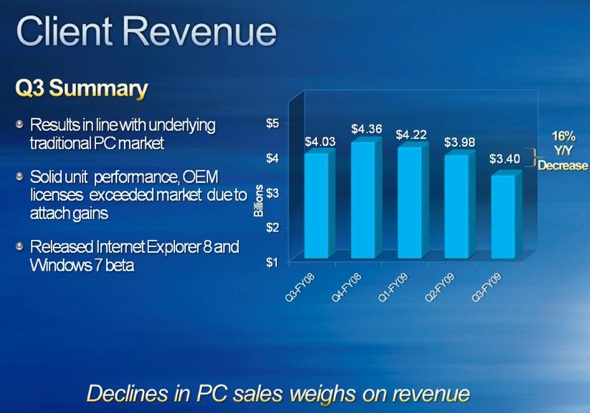 Of course, everyone is hurting, especially the web companies that we spend much of our time covering here at VentureBeat, and Microsoft’s online services division is no exception. The division reported a 14 percent drop overall, with a 16 percent decline in online ad revenue. Microsoft also took a big hit in client revenue, a 16 percent fall driven by declines in sales of the PCs that use Microsoft’s Windows operating system and other software.

There were a few bright spots. Server and tools revenue grew by 7 percent, and even though the entertainment and devices division is down 2 percent, Xbox 360 sales are up 30 percent from last year. (Disclosure: I accounted for one of those sales.)

“We expect the weakness to continue through at least the next quarter,” said Chief Financial Officer Chris Liddell in a statement. 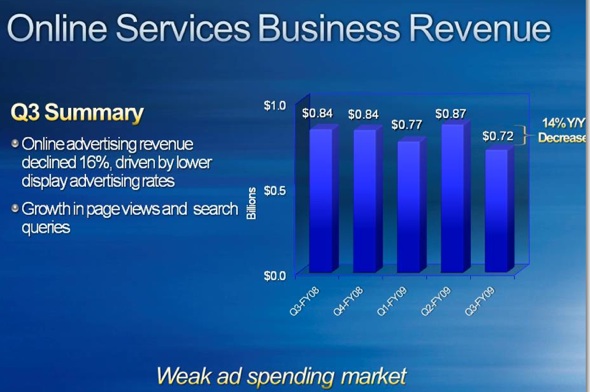