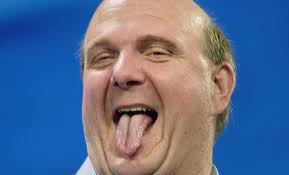 Microsoft just announced that it has settled its patent dispute with Salesforce.com.

The details of the settlement were not released, but Microsoft said both companies will “receive coverage” for each other’s patent portfolios, i.e., they won’t sue each other (again) over those patents. Salesforce will pay the software giant “based on the strength of Microsoft’s leading patent portfolio,” Microsoft said. In the press release announcing the settlement, Horacio Gutierrez, Microsoft’s corporate vice president and deputy general counsel of intellectual property and licensing, said the deal is “an example of how companies can compete vigorously in the marketplace while respecting each others’ intellectual property rights.”

Salesforce chief executive Marc Benioff has been a loud critic of Microsoft in the past, especially when it comes to cloud computing. In June, he described Microsoft’s lawsuit as its attempt to halt cloud computing’s advance:

They want this cloud thing stopped. I guess you know you’ve made it in software when Microsoft is protesting your event. Or maybe when they’ve sued you. This is the greatest thing that’s ever happened in my career.