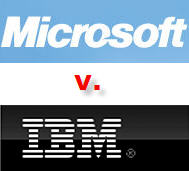 Platform Solutions Inc., a Sunnyvale, Calif. maker of mainframe computers that is going after IBM’s near monopoly in the sector, has raised filled its war-chest with more than $37 million in fresh capital from a group of investors including Microsoft.

PSI, as the company is known, has also signed joint sales agreement with Microsoft, giving it some good access to the large data centers of companies Microsoft already serves. It is going after the lower end of the IBM mainframe market, valued in the billions of dollars. It plans to undercut the dominant IBM product on price. Other investors include Blueprint Ventures, Goldman Sachs, Intel Capital, InterWest and InvestCorp.

Late last year, IBM sued PSI alleging patent infringement and breach of contract, and the dispute is still in court.

It’s the company’s third round of capital.